J. Warner Wallace
|
Posted: Jul 01, 2018 12:01 AM
Share   Tweet
The opinions expressed by columnists are their own and do not necessarily represent the views of Townhall.com. 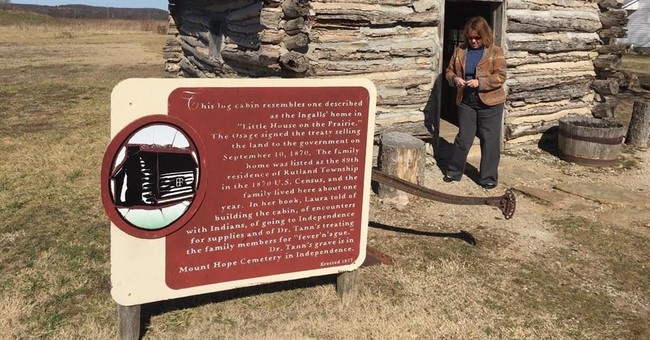 Last week, the Association of Library Service to Children renamed the award it gives authors or illustrators whose books “have made, over a period of years, a substantial and lasting contribution to literature for children.” This award used to be called the Laura Ingalls Wilder Award, but the association’s board decided to rename it the Children's Literature Legacy Award. Why? Because, according to board members, Wilder’s books include “anti-Native and anti-Black” references that fail to represent the association’s “core values of inclusiveness, integrity and respect.”

Wilder wrote about her childhood experiences in a 19th century pioneer family. Perhaps her most famous book, Little House on the Prairie, describes Native Americans as “wild animals” and includes characters who believed “the only good Indian was a dead Indian.”

Despite these references (and others like them), most people in America probably think removing Wilder’s name from an award for Children’s literature is silly. The majority of us have been raised in a Christian tradition (over 70% of us still claim a Christian identity), and we’ve read many of the biblical narratives. As a result, we understand an important distinction that seems lost on those who decided to rename the award:

We understand the difference between descriptive and prescriptive literature.

The Old and New Testaments include both types of prose. The biblical authors described the adulterous activity of King David (2 Samuel 11) and the polygamous lifestyle of King Solomon (1 Kings 11:3), for example, without prescribing these behaviors for their readers. The Bible describes people who engaged in a variety of sinful activities, but Christians who read these passages understand we are not to emulate this behavior.

Similarly, the New Testament authors described early believers who sold all their personal belongings, attended temple on a daily basis, and met together in homes (Acts 2:44-46), without prescribing this behavior for subsequent generations. Christians recognize these first century descriptions are simply that: descriptions of the first century. They are not mandates for future behavior.

If you were exposed to Christian scripture growing up, you probably understand this important distinction. Sometimes an author denounces a belief or behavior (prescribing a better alternative), and sometimes an author pronounces a belief or behavior (describing what someone believed or practiced without endorsing it). This is true for the ancient biblical authors and it is also true for Laura Ingalls Wilder.

That’s why most of us think it’s silly to remove Wilder’s name from the award. We grew up reading her books (and then re-reading them to our children), yet we didn’t adopt the descriptions of her past as prescriptions for our future. We understood this important distinction by relying both on our rational tradition as thinking humans, and our religious tradition as American Christians.