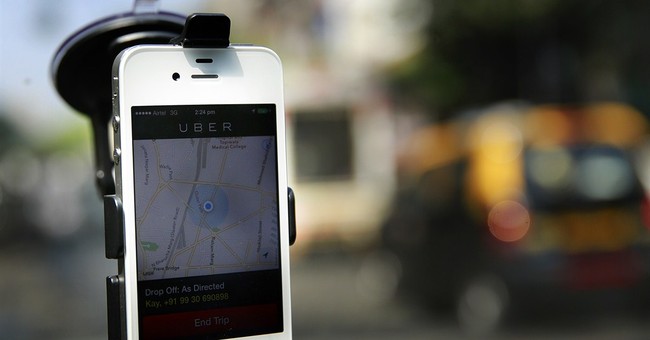 While plenty of ink has been spilled over the controversies in the states surrounding rideshare companies Uber, Lyft and Sidecar, less attention has been given to the new opportunities that these newly-ubiquitous companies have helped to create. To be sure, rideshare apps are popular with consumers because they offer an innovative twist on an outdated taxi system. But while wildly popular with consumers, these apps also create thousands of jobs and increase revenue for the national and local economies in which they operate.

Over the past few years the rideshare boom, pioneered by Lyft and Uber, has taken the country by storm. Lyft now has thousands of drivers operating in 65 cities in 31 states including the District of Columbia. Uber boasts even higher numbers, operating in 72 cities across North America while also expanding globally to 38 countries. The meteoric rise of these two companies helps underscore how rapidly the global economy evolves – and how antiquated many of yesterday’s antiquated regulatory schemes are in today’s fast-moving, innovation-driven world. In just under four years rideshare services have expanded to cover roughly half of the nation’s population. These numbers evidence the popularity ridesharing enjoys, and the incredible economic promise that this relatively new sector holds – something that statistics are already beginning to bear out.

A recent report on the jobs impact of Uber, for example, found that Uber is creating a whopping 20,000 new jobs each month in this largely stagnant economy – and that’s just the tip of the ridesharing iceberg. Not counting Lyft, Sidecar and other ridesharing apps, Uber alone generates 2.8 billion per year for the U.S. economy. Ridesharing apps have also created hundreds of thousands of good paying jobs across the U.S. For instance, in San Francisco, the median income for uberX drivers is $74,000 per year per driver, and in New York City it’s even higher at $90,000 per year. Those are good-paying, family wage jobs – jobs that don’t require an advanced college degree and are within the reach of almost any American with a car. Yet even with the economic benefits created by ridesharing services, state and local politicians and regulators can’t help but succumb to the bureaucratic impulse to “kill the golden goose” through overregulation.

A prime example of how overregulation stymies economic growth comes out of Seattle. The Uber and Lyft operations in Seattle combined employ roughly 2,000 active drivers on their app-based dispatch system. Sidecar, another ridesharing app, employs an additional 1,000 drivers for a total of almost 3,000 people employed in Seattle by ridesharing apps. However, the City Council recently voted to impose a driver cap on ridesharing operations under a two-year pilot program. While ridesharing companies are still allowed to operate, the driver cap “means hundreds of drivers could have their work hours severely limited or even be out of work.” Thus instead of trying to embrace the ridesharing boom, Seattle is killing one of ridesharing’s greatest economic benefits by overregulation.

Seattle isn’t the only city trying to choke the life out of ridesharing services with the tight grip of government. Local bureaucrats in Miami, at the behest of the city’s entrenched and influential taxi industry, are taking a more thuggish approach – using the local police force to carry out “sting operations” aimed at Uber and Lyft drivers. Echoing sentiments expressed by the owner of U.S.A. Taxi, who called for Miami to “put the drivers in jail,” the city has begun issuing $2,000 fines and impounding rideshare driver’s cars. This is not only an unreasonable show of brute force by regulators but an embarrassing waste of law enforcement resources in a city that was recently ranked among the top 100 most dangerous places in America to live according to a recent, independent analysis. Apparently targeting rideshare services is what now passes for “Miami Vice.”

As the debate over ridesharing apps increases in the states, it’s important to keep in mind the economic benefits ridesharing apps have been proven to offer the National economy and more importantly local economies where these services operate. When state and local bureaucrats impose burdensome regulations on ridesharing operations, they are effectively “killing the golden goose.” Instead, state and local governments should encourage innovation in the marketplace, especially when that innovation is creating thousands of good paying jobs and billions in revenue each year.