America Should Move on From China and Huawei Post Coronavirus Pandemic

Julio Rivera
|
Posted: Apr 01, 2020 12:01 AM
Share   Tweet
The opinions expressed by columnists are their own and do not necessarily represent the views of Townhall.com. 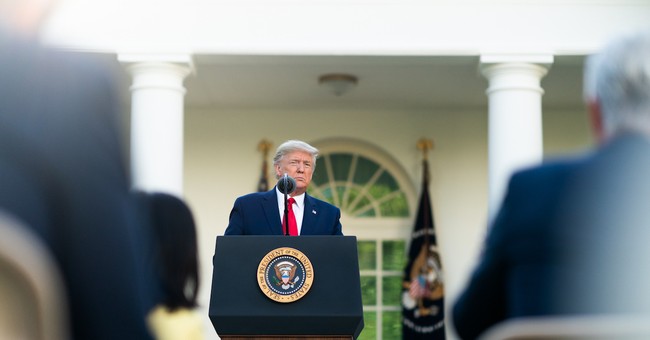 The United States has had a complicated relationship (to say the least) with all things China for decades. For far too many years, America has been severely taken advantage of by Communist China, with a massive trade imbalance being only the tip of the iceberg.

That “goods and services” trade imbalance, according to a report from the United States Trade Representative (USTR) stood at a whopping $378.6 billion in 2018. That figure fails to take into account other factors including the fact that the USTR had also determined in 2018 that "Chinese theft of American Intellectual Property currently costs between $225 billion and $600 billion annually," a range that echoed a 2017 report from the Commission on the Theft of American Intellectual Property.

The aforementioned figures only tell part of the story, however. Other factors that truly highlight the “highway robbery” that China has been allowed to execute against the United States include losses suffered by American citizens and businesses as a result of cybercrime. According to a February 2018 report from the Council of Economic Advisors titled “The Cost of Malicious Cyber Activity to the U.S. Economy,” nation states like China, are harboring hacking groups like Vicious Panda and others that are well funded and often “engage in sophisticated, targeted attacks” that are “typically motivated by political, economic, technical, or military agendas.”

One particularly insidious example of this, was the Chinese hacking of the computers connected to a Naval contractor working on a US Navy submarine and underwater programs project. The breach reportedly netted the Chinese 614 gigabytes of data. This included plans for a supersonic anti-ship missile among other undersea warfare plans. Some of the other data stolen was related to a project known as Sea Dragon, submarine radio room information related to cryptography, signals and sensor data and the Navy Submarine Development Unit’s electronic warfare library.

Since his inauguration, President Trump has taken a far more aggressive stance against China than any other recent president. Among the tactics the President has employed thus far are the instituting of tariffs as well as being the man to finally properly label Communist China as a “currency manipulator.”

Last year, during an impromptu press conference on the White House lawn, he explained his aspirations in taking on China by saying, “China has been ripping us off for many years. President Clinton, President Bush, and President Obama, and others should have done this long before me," the president also added, "Somebody had to do it, so I'm taking on China. I am the chosen one."

Among the victories Trump can claim in the new trade agreement between the US and China signed earlier this year is stronger intellectual property protection and enforcement for data including trade secrets, confidential business information, pharmaceutical data and patents. In addition, the Chinese are required to increase imports of US goods and services by at least $200 billion over the course of the period between Jan. 1, 2020, and Dec. 31, 2021. The purchases will come in the form of $77.7 billion worth of manufactured goods, $32 billion in agriculture, $52.4 billion worth of energy and $37.2 billion in services. The total amount of imports to China from those 4 sectors only totaled $130 billion in 2017.

On the surface, that sounds all well and good. If China were an honest trade partner and generally operated in an ethical manner this could be seen as a groundbreaking moment in the history of US-Sino relations, but we are talking about Communist China after all, so all official agreements must be taken with a grain of salt.

So, behind that backdrop the important issue of 5G and the future of wireless communication once again comes to the forefront. Huawei, the Chinese telecom giant at the center of the 5G wireless debate, and the company that shirked US sanctions by facilitating deals that provided Iran with hardware via outside entities, finds itself as an international lightning rod for controversy on the subject.

The UK and Australia, two countries who are generally very strong allies have recently seen a sharp divide on the subject of Huawei. Earlier this year, two incidents between the countries highlighted their differing outlooks on the company. According to sources, as a result of Australian officials anger towards the British government for recommending that Huawei be allowed to play a role in the UK’s 5G strategy despite calling it a “high risk” supplier, Australian Labor MP Anthony Byrne challenged British Foreign Secretary Dominic Raab in a private meeting by asking "How would you feel if the Russians laid down infrastructure in your own networks? That's how we feel about Huawei,"

That was before members of Australia’s Federal Parliament's intelligence committee escalated tensions with the British Government by canceling a trip to London, to instead plan a visit to the United States. The UK has continually refused to take a stronger anti-Huawei position despite warnings from its "five-eyes" intelligence sharing partners Australia and the United States.

One possible alternative for the US and others, which has been promoted by legislators including Florida Senator Marco Rubio, is to create an open source 5G architecture. This may allow for new domestic companies to enter the networking equipment space and begin to marginalize Huawei while simultaneously making our networks more secure long-term.

The United States is lagging behind in the 5G race, but despite the assertions of Paul Scanlan, the Chief Technology Officer of Huawei’s Networking Business, that “the one key thing is perhaps the U.S. has ... underinvested in this area of technology (5G),” potentially allowing Huawei and by extension, the Communist Chinese government unfettered access to private American communications could potentially create problems larger than the current US-China trade agreement could ever solve.

Julio Rivera is a business and political strategist, the Editorial Director for Reactionary Times, and a political commentator and columnist. His writing, which is focused on cybersecurity and politics, has been published by websites including The Hill, Real Clear Politics, Townhall and American Thinker.