Keep Your Two Cents: Self-Serving Political Establishment Should Stay Out of Mexico Negotiations

Julio Rivera
|
Posted: Jun 07, 2019 12:01 AM
Share   Tweet
The opinions expressed by columnists are their own and do not necessarily represent the views of Townhall.com. 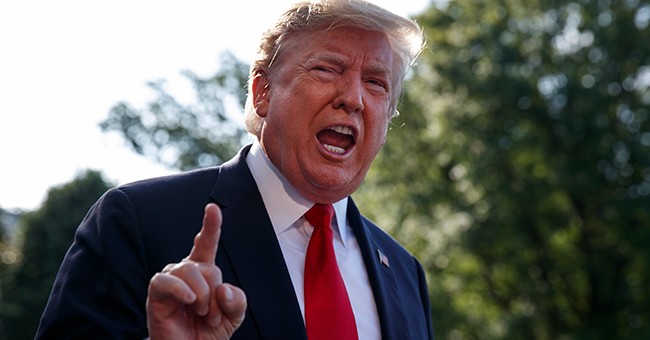 President Trump has historically made bold, bombastic proclamations on matters related to international relations. It’s kind of his thing. There was the controversial “Fire and Fury” statement from the President, directed at the North Korean regime at the height of tensions related to their Intercontinental Ballistic Missile (ICBM) testing.

That set off a diplomatic reset with the “rogue nation” that resulted in an extended period where the world witnessed a less aggressive Kim Jong-Un, who had previously been averaging a missile test every 23 days under the Obama administration.

His criticisms of Obama’s horrific Iran Nuclear Deal as Citizen Trump have translated into the decertification of the one-sided train wreck that replenished the coffers of the world’s leading sponsor of international terrorism as President. As a result of that decertification and re-imposed sanctions, the United States is no longer enabling a country that poses perhaps the gravest threat to American ally Israel.

And speaking of Israel, President Trump actually delivered on a promise made by not only him but several previous presidents, to recognize Jerusalem as the capital of Israel and move the American embassy there.

Which brings us to Mexico. Yes Mexico, our neighbor to the south that in addition to avocados, tomatoes and tequila, imports cocaine, heroin, human sex slaves and is facilitating the mass migration of illegal immigrants from Central America.

President Trump originally won the hearts and minds of his rabid base of supporters with a 3-word promise that became the rallying cry of his 2016 Presidential election victory – Build the Wall.

As a result of the tireless work of obstructionists like Speaker of the House Nancy Pelosi (D-CA) and Senate Minority Leader Chuck Schumer (D-NY), the invasion of America has continued, mostly unobstructed, despite Trump’s best efforts to deliver on the central campaign promise.

Over the past few weeks, developments both good and bad (depending on your perspective), related to the wall have included an Obama appointed federal judge, Haywood Gilliam Jr., blocking President Trump's efforts to replace 51 miles of fence in two different areas with redirected military funds secured under his National Emergency declaration. Conversely, Judge Trevor McFadden threw out a lawsuit filed by House Democrats seeking to prevent the use of funds on an emergency border wall by the Trump Administration, saying the matter is “fundamentally a political dispute” and that there is no legal standing to the case.

Another set of new adversaries have now reared their ugly heads to oppose the President on the issue of imposing tariffs on Mexico in retaliation for Mexico’s inaction on illegal immigration into the United States. The latest “resistors” to Trump come in the form of a bi-partisan set of 6 former US ambassadors to Mexico that served in the administrations of President George H.W. Bush through President Obama.

In an article published by Reuters Wednesday that was signed by the “Self-Serving Six,” the ambassadors “urge these senior leaders to delink trade and immigration and find ways ahead to address the real problems around Central American migration,"

These six diplomats were part of the same political establishment that has been guilty of kicking the can down the road on immigration enforcement that has been lackluster since President Eisenhower’s effective strategies at combating this issue were last executed in earnest in the 1950s.

President Trump has already found moderate success on the foreign policy front when going big and bold on threats that are designed to knock his opponents off balance and bring them humbly to the negotiating table. These 6 ambassadors, particularly the Republican ones, are failing to recognize the diplomatic genius of the President and giving more headline material to the opposition media as we sit in the shadow of next year’s Presidential election.

It is as if the economic victories, many of which Democrats and even former President Obama have attempted to claim credit for, have taken a back seat to the blind hatred of the success of our President. When incidents like this example of obstruction via the media occur, it creates negative optics for the President internationally.

Before politics became so polarizing, that type of behavior would be easily labeled as un-American. Regardless of how the media will portray the position of these six former diplomats, nothing within this selfish display emboldens the American position. That is quite simply, shameful.