Julio Rivera
|
Posted: May 28, 2019 12:45 PM
Share   Tweet
The opinions expressed by columnists are their own and do not necessarily represent the views of Townhall.com. 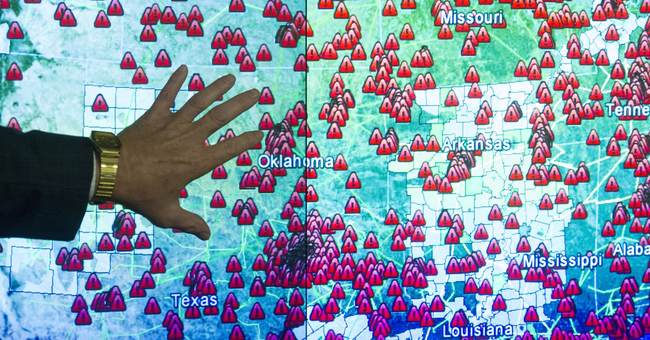 A few weeks ago, members of the terrorist organization Hamas attempted to execute a cyberattack on Israeli targets. Israel responded by tracing the cyber attack back to a building in the Gaza strip and bombing it to kingdom come. That turn of events brings an interesting question regarding military retaliation when it comes to cyber attacks or espionage to the forefront. Nowadays, cyber-attacks targeting a state are not only used by terrorist organizations like ISIS or Hamas, but by legitimate governments too. Is military force a valid countermeasure when state actors are involved?

Israel's response to Hamas' hacking attempt is not the first time that military action has been taken in response to cyber threats. In 2015, the US launched an airstrike that killed Junaid Hussain, a top-ranking member of ISIS in charge of recruitment using social media.

Cyber warfare has been growing as a tool used by countries as a means of disrupting and attacking an enemy state. The US government has discovered multiple cyberattack plots originating from countries such as China, Russia, and Iran. An example of this is when kremlin-linked hacker group Fancy Bear targeted American political think tanks through a spear phishing campaign. However, despite the American military’s enormous stockpile of freedom bombs, there has not been a retaliatory military strike against the nations behind these cyber-attacks.

So, should the US respond to cyber threats from foreign governments with military force? The short answer is: It depends. Like most issues involving geopolitics, the answer is never a simple one. To understand why, let's look at Israel’s response to the Hamas Cyber Attack.

It is common knowledge that Israel and Palestine have had a troubled and complicated history, to say the least. One of the reasons Israel was able to carry out the strike is the lack of recognition of Palestine as a state. Israel and multiple countries do not recognize Palestine as a sovereign state. Furthermore, Israel was able to identify the cyber attackers as members of Hamas, a known terrorist organization. The fact they have been in open conflict for years already sets a precedent for military actions. However, the game changes when you are dealing with a recognized state.

If we look at the recent cyber-attacks against the US, a good number of them were done by actors who are affiliated with a foreign state. This makes the prospect of military retaliation problematic due to multiple factors. For military action to be taken, these countries must make an indisputable act of war against the US. When it comes to cyberspace, an act of war is any cyber-attack that results in considerable loss of life or injury, damage of critical infrastructure, and a negative impact to the US economy.

Till this day, there has been no cyber-attack led by a foreign state that can fall under this category. However, due to the rise in cyber incidents, the US government is reassessing what it considers critical infrastructure. Due to suspicions of Russian meddling in the 2016 presidential elections,  Former DHS Secretary Jeh Johnson designated the American Election System as critical infrastructure.

Another issue is finding a direct link between the cyber-attack and the foreign state. Most of the hacker groups that have led cyber campaigns against the US do not have direct association with the belligerent country. This gives a foreign government plausible deniability when it comes to their involvement in the cyber-attack. Even though the US government has evidence that these groups are sponsored by a foreign government, there is no smoking gun showing undeniable proof of the hacker groups affiliations. Without this, a retaliatory strike would create a diplomatic crisis at best or begin a war at worst.

Military action against a foreign government due to a cyber-attack is something that has not happened. However, as information technology becomes more ingrained critical infrastructure and the daily lives of citizens, it is only a matter of time before a cyber-attack will initiate a large-scale military conflict between nations.