Julio Rivera
|
Posted: May 07, 2019 12:01 AM
Share   Tweet
The opinions expressed by columnists are their own and do not necessarily represent the views of Townhall.com. 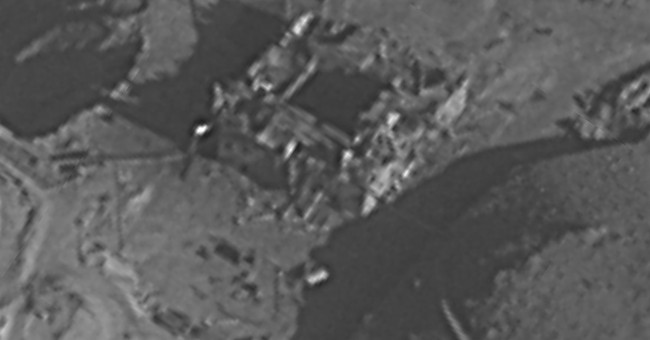 News broke this weekend that the Israel Defense Force (IDF) prevented potential future cyber-attacks by Hamas when they launched airstrikes against a building in the Gaza Strip that they say housed a unit of hackers working to penetrate Israel's cyberspace.

A video tweeted by IDF claims that the building in the Gaza Strip, which Israeli fighter drones have now decimated, was the headquarters for Palestinian Hamas military intelligence.

"We thwarted an attempted Hamas cyber offensive against Israeli targets. Following our successful cyber defensive operation, we targeted a building where the Hamas cyber operatives work. HamasCyberHQ.exe has been removed," the IDF said in a tweet on Sunday.

If this news sounds like it comes from the plot of a futuristic war thriller, it shouldn’t. In 2019, this is increasingly becoming the way conflicts are negotiated. Unfortunately, the cybersphere has become the newest and a more regularly contested theater of war. Here in the United States, we have been victimized by cyber-attacks executed by countries with classifications ranging from “enemy combatants” like Iran and North Korea, to “strategic allies” like China.

China in particular has been incredibly aggressive. In 2015, a report from NBC News of a leaked NSA map showed how China had penetrated American cyber defenses nearly 700 times. These attacks targeted “all sectors of the U.S economy, including major firms like Google and Lockheed Martin” according to the NBC report.

Even more disheartening was the June 2018 report that Chinese hackers had penetrated a contractor working with the Navy's Naval Undersea Warfare Center that specialized in researching and developing weapons for submarine warfare.

The hacking operating reportedly netted the Chinese government 614 gigabytes of data. Included in that data were documents related to the specs of a supersonic anti-ship missile intended to be usable by 2020 and details regarding undersea warfare. These items included information related to a project known as Sea Dragon, signals and sensor data, and the Navy Submarine Development Unit’s electronic warfare library. Stealing this kind of information could potentially turn the tide of a war.

Other notable attacks include one that could potentially be leveraged in the event of a war. Norsk Hydro, a Norwegian company with over 35,000 employees in 40 countries was attacked by a ransomware strain known as Lockergoga. The attack halted production for the company, which boasts 10th largest output of aluminum in the world. This type of attack could be mimicked to target production of iron, steel and other raw materials needed to produce the weapons of war.

Another dangerous example of hacking against the U.S. military was a domestically assisted attempted hacking of a database by Julian Assange in coordination with Bradley Manning in 2009 and 2010.

The recent arrest of Assange has dominated the headlines while hundreds of other attacks remain largely anonymous in the public’s stream of consciousness.

To their credit, Congress has attempted bipartisan vigilance in the form of the bipartisan Federal Rotational Cyber Workforce Program Act of 2019, authored by Sen. Gary Peters (D-MI) and Sen. John Hoeven (R-ND). The bill looks to create a rotational system that allows select IT and cybersecurity professionals to easily move within agencies by creating shorter term assignments to be manned by elite personnel. The bill helps to combat the government’s issue of losing their best personnel to better monetary opportunities in the private sector.

Also acting directly was President Trump, who on May 2nd, 2019, the day after the Senate’s bill passed, signed The National Cyber Strategy, the President’s 2018 Management Agenda, and Executive Order 13800. The executive order also works within the theme of talent retention by seeking to “increase integration of the Federal cybersecurity workforce and strengthen the skills of Federal information technology and cybersecurity practitioners.”

As technology continues to develop, countries that have traditionally been at a severe disadvantage against the United States have created digital work arounds aimed at leveling the playing field. The recent actions of the federal government show a pronounced commitment towards mitigating threats against America.