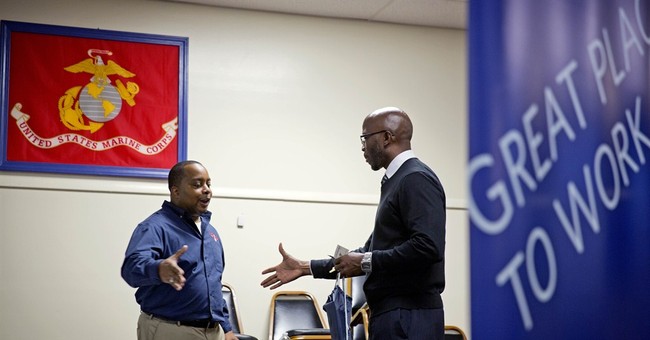 Congress is currently debating extending long-term unemployment benefits for another three months. Most mainstream media sources would have you believe that members of Congress who support the extension are compassionate souls, while the ones opposed don’t care about unemployed people. This shortsighted narrative ignores the facts and puts politics over real solutions to the jobs situation in the United States.

At the height of the financial crisis in 2008, Congress set up a temporary federal unemployment compensation program. Most state unemployment benefits last about 28 weeks. The intention of the federal program was to take over after state benefits ran out. The program has been running for five years, and some people have been able to collect unemployment benefits for up to 99 weeks.

Late economist Milton Friedman said it best, “Nothing is so permanent as a temporary government program.”

Senate Majority Leader Harry Reid is determined to renew the program, which expired on December 28, 2013. Meanwhile, other members of Congress are calling for the $6.4 billion benefits extension to be offset by spending cuts elsewhere in the federal budget. This is a more fiscally responsible option that will ensure the cost of extending the program will not add to the federal deficit.

True to form, Senator Reid has refused to compromise.

Simply extending federal unemployment benefits will not address the root problem of long-term unemployment. According to the Bureau of Labor Statistics, over 4 million Americans have been jobless for over 27 weeks or more. Supporters of extending the benefits argue it’s necessary to assist people who can’t find a job after many months. But more unemployed benefits is just putting a Band-Aid on a huge problem that needs to be immediately addressed.

Unemployment benefits are not a form of economic stimulus. Throwing more money at the problem will not fix the job situation. It will do nothing to encourage entrepreneurs to create more jobs or help people find jobs to feed their families.

The priority should be to get people back to work. Unemployment benefits provide only partial income when someone is out of work. Many people are struggling to live comfortably on unemployment benefits. People have to cut back on their expenses since the benefits are usually much less than their normal salary.

The Obama administration failed to live up to its promise of fixing the economy. The Washington establishment continues to push economic policies that limit job opportunities. Of course, government doesn’t create jobs. But it has created the current environment which punishes entrepreneurs and discourages them from creating new jobs.

It’s time to try something new. The solution to fixing long-term unemployment is to get the government out of the way. Let entrepreneurs flourish. Jobs will open up if business owners can afford to hire in the first place.

Excessive taxes and regulations are denying people job opportunities. The United States has the highest corporate tax in the world at 35 percent. Entrepreneurs would surely love to spend their money focusing on growing their business and hiring new workers rather than handing it over to the government.

The Obama administration takes the cake for the largest number of costly regulations ever proposed. During Obama’s first term in office, regulatory burdens on Americans increased by nearly $70 billion. There were 25 “major” rules issued by the administration, costing a total of $23.5 billion in 2012.

A Gallup poll finds that 41 percent of small business owners have frozen hiring because of ObamaCare. The Dodd-Frank Wall Street “Reform” law ignores the root cause of the 2008 financial crisis, while imposing unnecessary obligations and rules on the financial services industry. The EPA has run amok with ridiculous standards that hurt the energy industry and consumers.

Extending long-term unemployment benefits won’t fix anything. We will be in the exact same rut a couple months from now when the benefits run out again. The real solution is to grow the number of job opportunities by unleashing entrepreneurs from hampering regulations and taxes.

Let’s get people back to work.