Hope for the Dead

Judge Andrew Napolitano
|
Posted: Apr 18, 2019 12:01 AM
Share   Tweet
The opinions expressed by columnists are their own and do not necessarily represent the views of Townhall.com. 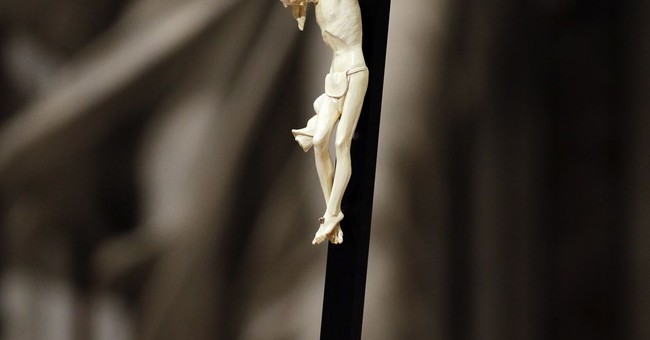 That God, which ever lives and loves,

One God, one law, one element,

And one far-off divine event,

To which the whole creation moves.

When America was in its infancy and struggling to find a culture and frustrated at governance from Great Britain, the word most frequently uttered in pamphlets and editorials and sermons was not "safety" or "taxes" or "peace"; it was "freedom." And two intolerable acts of Parliament assaulting freedom broke the bonds with the mother country irreparably, precipitating the Revolution.

The first was the Stamp Act of 1765, which was enforced by British soldiers, who used general warrants issued by a secret court in London to rummage through the personal possessions of any colonists they chose, ostensibly looking to see whether they had purchased the government-mandated stamps.

These general warrants, like the ones the secret Foreign Intelligence Surveillance Court issues in America today, did not specifically describe the place to be searched or the person or thing to be seized -- which the Constitution requires. Rather, they granted authority for the bearer to search wherever he pleased and seize whatever he wanted -- as FISA warrants do currently, in direct contravention of the Constitution.

The second intolerable act was the Revenue Act of 1767, the proceeds from which were used by the king to pay salaries of colonial officials and clergy, and thereby secure their loyalty.

The Stamp Act assaulted the right to be left alone in the home, and the Revenue Act corrupted colonial governments and restricted the free exercise of religion. These two laws caused many colonists to realize they needed to secede from Great Britain and form their own country, in which freedom would be protected by the government, not assaulted by it.

They did that, of course. Yet today, the loss of freedom still comes in many forms.

Sometimes it is direct, as when Congress tells us how to live our personal lives and the courts permit it to do so. Sometimes it is subtle, as when the government borrows $1 trillion a year and, as a result, our money and assets lose much of their value and our descendants will be taxed to repay the loans. Sometimes the government lies about its assaults, as when the National Security Agency reads our emails and text messages and listens to our phone calls without a constitutional search warrant, and when the CIA uses drones to kill people the government hates or fears without a declaration of war or any due process.

Freedom is the ability of every person to exercise free will without a government permission slip or watchdog. Free will is the natural characteristic we share in common with God. He created us in His image. As He is perfectly free, so are we.

When the government takes away free will, whether by fiat or by majority vote, it steals a gift we received from God; it violates natural law; it prevents us from having and utilizing the means to seek the truth. Because the exercise of free will to seek the truth is a natural right, the only time it is moral for the government to interfere with it occurs when one has been fairly convicted by a jury of using fraud or force to interfere with the exercise of someone else's natural rights.

We know, from events 2,000 years ago that Christians commemorate this week, that freedom is the essential means to discover and unite with the truth. To Christians, the personification, the incarnation and the perfect manifestation of truth is Jesus -- who is the Christ, the Son of God and the Son of the Blessed Virgin Mary.

On the first Holy Thursday, Jesus attended a traditional Jewish Passover Seder. Catholics believe that at His Last Supper, Jesus performed two miracles so that we could stay united to Him. He transformed ordinary bread and wine into His own body, blood, soul and divinity, and He empowered His disciples and their successors to do the same.

Jesus had the freedom to reject His horrific death, but He exercised His free will to accept it so that we might know the truth. The truth is that He would rise from the dead.

On Easter, that "far-off divine event," He rose from the dead. By doing that, He demonstrated to us that while living, we can liberate our souls from the slavery of sin and our free wills from the oppression of the government. And after death, we can rise to be with Him.

The Resurrection of Jesus is the linchpin of human existence "to which the whole creation moves." With it, life is worth living, no matter its heavy costs or pains. Without it, life is meaningless, no matter its fleeting joys or triumphs. Easter has a meaning that is both incomprehensible and simple. It is incomprehensible that a human being had the freedom to rise from the dead. It is simple because that human being was and is God.