Judge Andrew Napolitano
|
Posted: Nov 01, 2018 12:01 AM
Share   Tweet
The opinions expressed by columnists are their own and do not necessarily represent the views of Townhall.com. 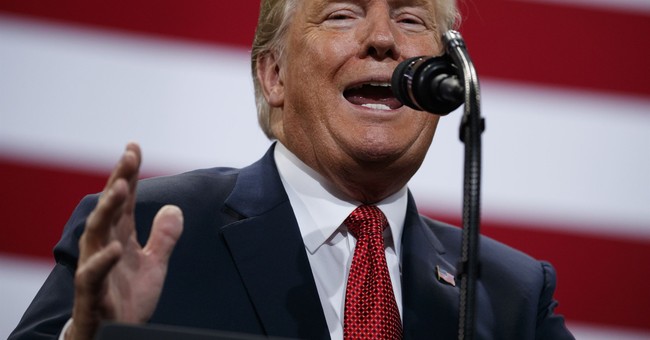 I was sitting at Mass last Sunday in a cavernous Catholic church on Manhattan's Upper West Side near Lincoln Center, praying and thinking about the horrible events in America last week.

A white supremacist who lived in a truck covered with images of Donald Trump and his political adversaries terrorized the neighborhood in which I live and much of the country by sending pipe bombs to former presidents and other prominent Democrats and to CNN through the Postal Service. A virulent hater of foreign-born people and Jewish people killed 11 innocent Jewish worshippers using a lawfully owned semiautomatic rifle in a Pittsburgh synagogue.

And the president of the United States lamented publicly that these events might serve to halt what he called momentum toward Republican candidates in the nationwide voting next week because the news media -- of which I am a tiny part -- might dwell on these human tragedies and thus not pay sufficient attention to him and his message between now and Election Day.

These events shook me deeply, as they did many Americans. Yet as the Mass on Sunday proceeded, the Gospel reading brought me some small understanding.

A blind beggar named Bartimaeus learns that Jesus is about to walk near him, so he shouts over the noise of the crowd surrounding Him: "Jesus, son of David, have pity on me." When no one responds, he shouts it again -- and then again and again, until eventually Jesus hears him and shouts back, "What do you want of me?"

Bartimaeus replies: "O Lord, that I might see." Jesus responds by restoring the blind man's sight.

The scene is historically rich and theologically complex. Its richness comes in the realization that the first recorded instance in which Jesus is referred to publicly as being divine comes out of the mouth of a blind man. The complexity is the fulfillment of Jesus' own prophecy, as well as the resolution of His natural human impatience with His disciples' haughtiness as they recognize for the first time that the truth will not come exclusively out of their mouths or even the mouths of the well-tutored but often will come out of the mouths of babes, so to speak.

This biblical scene is a metaphor for our own age. Most of us can see with our eyes (we have the gift of biological sight), but we lack full understanding -- the mental ability to "see" into the hearts and minds of evil ones around us.

The world is not so happily arranged that our understanding can discern the evil in people who choose darkness over light -- hence the need for leadership that liberates and heals rather than stifle and wound.

And that bully pulpit must be exercised within the confines of the Constitution, because it -- and it alone -- is both the source of and the restraint on presidential power.

Should tragedies of terror and horror be exploited for political purposes? Should presidents lament unforeseeable fear and bloodshed because they divert our eyes and ears from the presidential political message or because real innocent human beings have suffered horrifically and irreversibly and those who have survived yearn for the balm that only a true leader who has genuine empathetic understanding can bring? Should the president's bully pulpit be used to divide and polarize or to unify and uplift?

If you are reading this column in the ordinary way, you already have the gift that Bartimaeus begged for and received. Yet each of us is a modern-day Bartimaeus -- seeking that other sight, the one we call understanding. We hope to see it and its cousins -- self-restraint and human compassion -- in the presidential heart. I do not see them in this president.

His words have given comfort to the worst among us.

To be a successful president, he needs externally what he lacks internally -- restraint. Restraint produces introspection and understanding and respect for the opinions of those who disagree.

In our constitutional system, exterior restraint on the president can come only from Congress. That means that Democrats -- with whom I agree on next to nothing -- if they win the House of Representatives, may actually save Donald Trump from himself because he will be constitutionally compelled to respect and understand and work with them.