Josh Hammer
|
Posted: May 21, 2020 10:30 AM
Share   Tweet
The opinions expressed by columnists are their own and do not necessarily represent the views of Townhall.com. 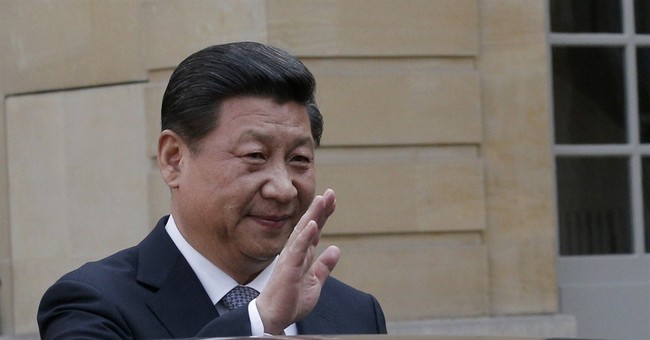 Americans, with good reason, are increasingly turning against the Chinese Communist Party. New polling from POLITICO/Morning Consult shows that the percentage of Americans who say China is an "enemy" has risen 11 percentage points since January. According to an Economist/YouGov poll, more Americans would support than oppose the U.S. punishing China for its disastrous early stage coronavirus mishandling and systemic disinformation campaign.

As this column has noted, the CCP bears unique and unequivocal blame for the global reach of the coronavirus pandemic. A frequented cited University of Southampton study concluded that proper early stage Chinese government intervention might have reduced the virus' spread by as much as 95%. Not only was the CCP utterly reckless, but also it suppressed truth-telling dissident scientists, lied at every opportunity to a gullible international community, shipped counterfeit medical equipment overseas and commandeered the World Health Organization as a CCP propaganda-infused satrapy.

It is difficult, bordering on impossible, to exaggerate the nature of the threat posed to America this century by the Chinese Communist Party. The People's Republic of China is not a tiny rogue despotism, a la North Korea or Cuba. Rather, China is the third-largest country by landmass and the second-largest country by gross domestic product in the world. And China acts like it, seeking to create a new global order by forcibly exporting its thuggish political system of one-party rule, Orwellian surveillance state, mass censorship, persecution of religious minorities, currency manipulation, intellectual property theft and cynical allying with the world's worst geopolitical actors.

Beijing harbors hegemonic regional ambitions, seeking to more fully wrest away liberalized Hong Kong, to diplomatically isolate the Republic of China (what the international community calls Taiwan) and to dominate the East and South China Seas against rivals like Japan and Vietnam. The CCP vaunts a cunning geopolitical strategy in the Middle East, seeking to economically entice Israel away from the U.S. and installing a naval base in the strategic Horn of Africa. Beijing possesses the means to cause cybersecurity chaos and potentially massively disrupt Western democratic elections. The CCP engages in harrowing surveillance and information operations campaigns against the West via everything from telecom conglomerate Huawei to the Confucius Institute groups that populate the American university campus. The ChiComs also buy off many influential ex-American politicians, as evidenced by the rather curious recent tale of former Sen. Max Baucus, D-Mont.

The reality, as freshman Sen. Josh Hawley, R-Mo., said in a Senate floor speech this week, is that the CCP wants nothing less than "domination" and "world power" -- at America's unique expense. Confronting the CCP thus amounts to the rising generation's great challenge. It is, and will continue to be, the defining issue of our time. For our parents' generation, it was the Soviet Union; for our generation, it is Communist China.

Interestingly, the solidification of the CCP as the West's greatest geopolitical danger comes at a time where the global neoliberal order, including the post-World War II fetishization for sovereignty-sapping transnational tribunals at the expense of nation-state integrity, is under (justifiable) assault. The Chinese threat will thus not be countered by feckless bureaucrats at the United Nations or NATO, but by independent nations who can align, for their own idiosyncratic national reasons, against CCP tyranny. It is imperative that the United States help lead this effort. For President Donald Trump, in particular, who has so boldly placed neoliberal and transnational elites in his political crosshairs, there is a clear opportunity to begin to rally like-minded nations under the anti-CCP banner. Nothing less than a concerted, full-spectrum effort -- targeted sanctions, tariffs and strategic supply chain reshoring as well as hard military asset deployment and undermining globalist institutions like the WHO -- will suffice.

The United States, under the hard-nosed leadership of President Ronald Reagan, ultimately prevailed in the Cold War against the Soviet Union. But contra proponents of Whig historiography, history is never inevitably guaranteed to repeat itself. As we, hopefully, approach the waning period of coronavirus lockdowns, America must quickly and decisively pivot like never before toward developing a full-fledged grand strategy to counter the Chinese Communist Party. Like Cold War-era opposition to the Soviets, this cannot become a partisan issue. The stakes are far too high. History will not judge America kindly if she cannot rise up to counter the CCP challenge.