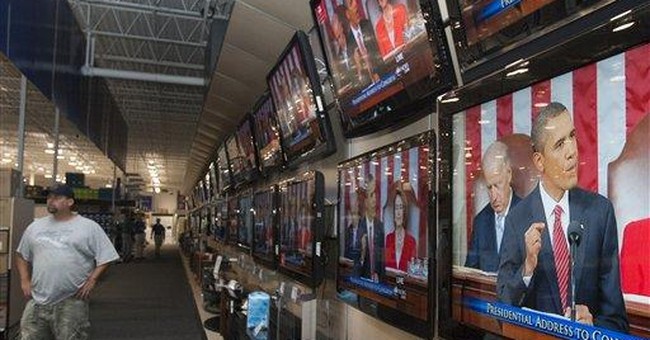 The message began to pop-up all over my Facebook page: “No one should die because they cannot afford health care or insurance and no one should go broke or bankrupt because they get sick.” Let us set aside the fact that no one in need of emergency life-saving medical care is denied because they do not have insurance and that there are state and federal programs already in existence that provide medical coverage for those of lesser means. I agree with the sentiment. I dare say I know of no one that doesn’t agree. There is simply no questioning the potential calamity that awaits those without some form of medical coverage.

There is also no questioning that in life there are a great many things for which “no one should.” For instance it is equally tragic when people lose their homes due to unemployment, go hungry because they can’t pay for a meal or shiver at night because they lack adequate clothing.

There is, however, a cost to providing succor to those in need. As my grandfather used to say “you can find sympathy in the dictionary between shirt and shinola.” Would that we could have an honest discussion about the most economical way to provide care to those that need it. Instead we are treated to silly pronouncements- the only purpose of which is to demonstrate the moral superiority of those that favor a universal, government-subsidized medical care program over those of us that do not.

It is a slur of enormous proportions.

It is also disingenuous.

The concerns of this administration and other universal healthcare advocates are not really for insurance against catastrophic or life threatening illness. Exactly 6 pages of the current 1017 page bill in the house deal with insurance reform. Moreover, the individual mandate included in the bills currently before congress do not just provide that everyone must have insurance, they stipulate exactly which benefits your insurance must have whether you want them or not. Rather than protection from potentially ruinous medical bills, consumers will pay for contraception, substance abuse, well-baby care, in vitro fertilization, chiropractic services and a host of other services that do not rise to the level of disaster hinted at by the paragons posting on Facebook (or arguing on the floor of the house and senate).

It is instructive to note that while benefit mandates make policies more comprehensive, they also drive up the price of basic coverage by as much as 20%, making it less affordable. Ironically the left has rejected the repeal of benefit mandates as well as guaranteed issue laws, community rating laws, tort reform and elimination of impediments to interstate competition – all of which have been proposed by conservatives and all of which would significantly reduce the price of insurance making it more affordable and more accessible.

The political left rejects these solutions for the same reason my FB friends reduce economic and moral issues to the banal: this debate isn’t really about medical care; sure there is lots of medical care terminology, but at bottom this discussion is about the political and philosophical validity of the administrative state.

The new left asserts the noble claim that healthcare is a right. A right by definition requires nothing of anyone else except that they do nothing to infringe upon that right. To claim healthcare as a right requires more than that others step out of the way; it requires that others provide it. The rather sticky moral question of how one secures the right of one man to healthcare by violating the right to private property of another is never addressed. Instead those that question the shaky philosophical underpinnings are called evil, heartless Neanderthals that would withhold Chemotherapy from dying children. (Again the fact that our alternative might actually provide more sick children with Chemotherapy thus saving more lives is irrelevant. Intentions count more than results.)

Ohh to be a member of the new left; virtue is only one platitude away.

If healthcare is a right then certainly so must be housing, food and clothing. In order to meet all these newfound rights Government must expand and so must its power. This is the new world order the left seeks.

But where will it end? If every need a citizen has, every tragic circumstance he may face – every “should not” is to be addressed by a positive government obligation we will soon find ourselves awash in government without end. We will find ourselves slaves - contented slaves but slaves nonetheless- going to the polls, still believing we are practicing something called democracy. The good news is we will be feeling pretty good about ourselves.