Obeying Politicians Is Not the Same as Obeying the Law

Joseph Backholm
|
Posted: Sep 03, 2021 12:01 AM
Share   Tweet
The opinions expressed by columnists are their own and do not necessarily represent the views of Townhall.com. 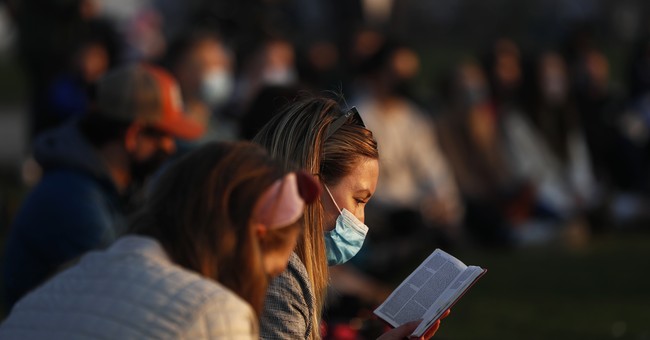 During the height of the COVID-19 lockdown controversy, Grace Community Church in Southern California, led by John MacArthur, got a lot of attention because they defied Governor Gavin Newsom's order to stop having church.

Grace Community Church's belief was that the county and state governments were violating the Constitution by telling churches not to do something they had a constitutional right to do while at the same time allowing abortion clinics, liquor stores, and marijuana dispensers to re-open. Instead of listening to those who encouraged them to cooperate with the government orders, the church sued.

This week, the church settled the case. Instead of paying seven figure fines to the government, the church received $800,000 from Los Angeles County and the state of California.

Grace Community Church is not the only church that pushed back against government mandates to be vindicated in court.

In May, Harvest Rock Church, also in California, won a $1,350,000 settlement against the state of California. In July, Capitol Hill Baptist Church (CHBC) was awarded $220,000 from the District of Columbia to pay the legal costs incurred while defending themselves against similar restrictions from the District of Columbia. Worth noting is that city refused CHBC’s request to meet outdoors (with masks while maintaining social distancing) but allowed protests (attended by thousands) to take place.

The reason our founders wanted to prevent too much power from falling into the hands of any one person is because, as James Madison once quipped, men are not angels. This truth is repeated in Scripture as well. The depravity of the human heart is the reason we don’t want our freedoms subject to the whims, prejudices, or moods of any one person.

But lately, many of us have been more inclined to simply do what we’re told.

Those calling for the church to simply comply often cited Romans 13:1 in doing so: “Let every person be subject to the governing authorities. For there is no authority except from God, and those that exist have been instituted by God.”

Though likely well-intended, it’s possible that those voices made the mistake of conflating subordination to politicians with respect for the law.

People within the church will likely never agree completely on the threat posed by the coronavirus, the utility of masks, or the appropriateness of vaccine mandates, but we should all put to rest the idea that obedience to the law is the same as obedience to the politicians.

As this case illustrates, a politician can violate the law just as easily as a church can. Let's not discourage each other from going to the effort to prove it if it happens.