A Baby Died at the Abortion Clinic, and This is Supposed To Be News 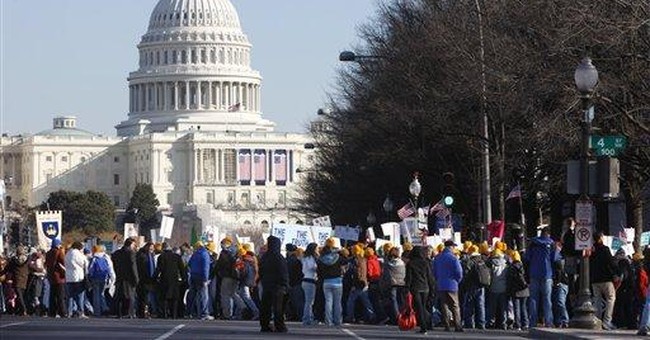 In Hialeah, Florida, in 2006, a woman walked into an abortion clinic, and the doctor lost the patient. That is, the baby was born. Only then was it deposited in the biohazard bag, where it eventually died.

Oddly enough, people are upset over this abortion-clinic faux pas. Even the greenest new hire of a D&C'er knows, first you kill the child, then you deliver it and put it in the garbage.

The woman, Sycloria Williams, who was 23 weeks pregnant at the time, is now suing the doctor, the staff and the clinic. She had given birth while having to wait for the doctor, Pierre Jean-Jacques Renelique, who wasn't at the clinic. Renelique has had his license revoked and is subject to a criminal investigation.

If a fire swept through a chamber at Auschwitz just before the insertion of the poison gas, would Heinrich Himmler have lost any sleep, let alone launched inquiries? Abortion advocates are at serious risk of putting procedure over principle here, and how many more patients might be lost if that happens?

So really, why all the fuss? One suspects that the reason might be over something other than a mere technical goof. It could be that the little mistake exposes the abortion movement's big lie: that a baby "isn't a baby" till it's born.

In abortion doctrine, when a "tumor of the womb" passes through the birth canal into the open air, it suddenly becomes a living child. This Miracle of Transpostvagination is a great mystery and must be, can only be accepted by faith. A true believer cannot allow himself to doubt that life occurs only after birth and not a moment before. Such doubt would lead to a moral crisis of great proportions. A practitioner of abortion who realizes he doesn't know when life begins is in danger of becoming a monster in his own eyes. A doubting advocate faces a similar fate.

This is what makes the Hialeah apostasy so grave: by treating the living in the same grisly fashion they treat supposedly unwanted invasive tissue, they showed that they knew abortion is murder and proceeded with the same rote callousness as always; it was just another day at the office. The accidental birth wasn't hailed as miraculous, it was seen as just exceptionally bad timing. It ended the same way regardless because the victim was the same to them regardless: alive before birth, alive after birth, but too inconvenient to live.