Jonathan Wood
|
Posted: Mar 18, 2016 12:01 AM
Share   Tweet
The opinions expressed by columnists are their own and do not necessarily represent the views of Townhall.com. 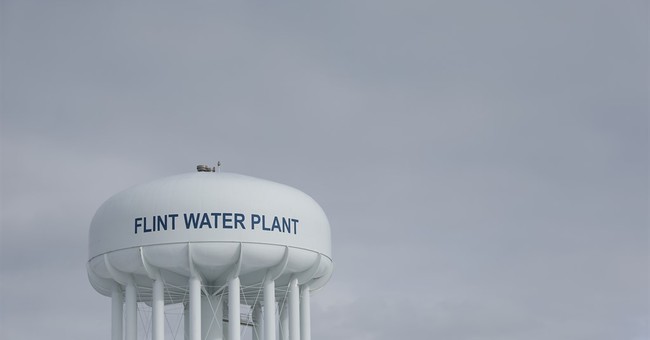 “Treat others as you would like to be treated.”

Bureaucrats at the Environmental Protection Agency could stand to be reminded of that maxim, in the continuing wake of last summer’s Gold King Mine disaster in Colorado, where a blundering EPA crew caused a toxic spill that fouled rivers in three states.

When it comes to enforcing the labyrinthine web of federal environmental laws and regulations against ordinary people, EPA is an unforgiving bureaucracy.  Yet, as a scathing new Capitol Hill report on the Gold King Mine debacle documents, the agency takes a completely different tact when its own actions are under the microscope: EPA’s unelected bureaucrats resist meaningful oversight and accountability.

The report, by the majority staff for the House Committee on Natural Resources, criticizes EPA’s role in causing the massive spill – and the agency’s unwillingness to cooperate with Congress’ investigation into the incident.

Photographs of the disaster, which turned the Animas River bright orange, were published worldwide.  For anyone who doesn't recall what happened: EPA employees dug into a plugged mine without first performing precautionary testing; they failed to publicly disclose the spill for nearly 24 hours; they initially reported that the spill was one million gallons (in fact it was three million); and they publicly downplayed the risks of exposure to toxic chemicals.

When the new House committee report came out, Rep. Louie Gohmert, R-TX, who sits on the panel, remarked that, “if [the responsible parties] were anything other than government officials, they would have already been on their way to prison wearing orange jumpsuits.”

Indeed, can you imagine, for a moment, EPA's indignation if anyone else had done this?

In 2013, for instance, BP was required to pay $4 billion in criminal fines for, among other things, not being forthright about the Deepwater Horizon oil spill in the Gulf of Mexico, or cooperating with a congressional investigation.

While EPA has apologized for the Gold King spill and accepted responsibility for the cleanup, there is no report of anyone being fired or demoted.  In all fairness, paying for the cleanup is probably the appropriate response for an incident that was, after all, an accident.  But EPA is not so forgiving when ordinary people cause even minor accidents.  Instead, inadvertent violations are often criminalized,or punished with staggering fines.

For instance, EPA prosecuted Lawrence Lewis, an engineer at a retirement homein Washington, D.C., for a minor, accidental violation of the Clean Water Act. The retirement home had a long history of plumbing problems. In 2007, the plumbing backed up again and, to protect the elderly and sick residents, he diverted the overflow to a nearby drain. Unbeknownst to him, that drain led to Rock Creek, not the local sewage treatment system. Because of that innocent mistake, he was charged as a felon.

EPA is similarly extreme in its use of the power to threaten ordinary people with ruinous fines – even for activities that most of us would consider normal, even beneficial.   For instance, it accused Peter and Frankie Smith of violating the Clean Water Act by removing trash from a dry creek bed at their home in the New Mexico desert.

Last year, it issued a compliance order against a Wyoming family for building a pond on their property to water livestock, despite the fact that the pond created wildlife habitatandwetlands, and cleans the water that passes through it.  Every day that the family does not rip out this environmentallybeneficial pond, the potential fines grow by nearly $40,000.

EPA is not subject to criminal prosecution or fines for disasters like the Gold King spill (if it were, taxpayers would ultimately foot the bill anyway).  Instead, bureaucrats are -- or at least are supposed to be -- held accountable through bad publicity and political backlash.  But that only works if there's completetransparency.

Yet, despite the magnitude of the Gold Kingcatastrophe, EPA has rebuffed the congressional investigators who are trying to ascertain why it happened and what lessons can be learned.   It is disheartening that, during "the most transparent administration in history," an agency that wields such vast power over American citizens is unwilling to subject itself to scrutiny by their elected representatives.

Shortly after the report was released, Congress issued subpoenas demanding the release of documents from the administration's internal review of the catastrophic spill. As Rep. Rob Bishop, R-Utah, Chairman of the House Natural Resources Committee, put it, "it's time to come clean."

Hopefully, the public airing of its dirty laundry will lead EPA to reconsider how it responds to minor and unintentional violations by ordinary people. If public awareness and responsibility for the cleanup is a reasonable response to the Gold King Mine spill, it should also be sufficient for other accidental violations. It’s only fair that the golden rule should apply.