Jonathan Frank
|
Posted: Mar 10, 2018 12:01 AM
Share   Tweet
The opinions expressed by columnists are their own and do not necessarily represent the views of Townhall.com. 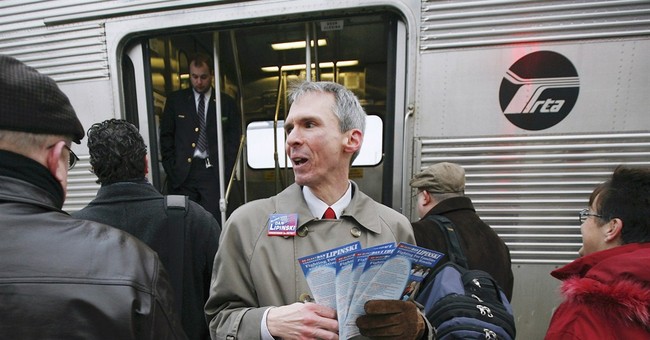 Thoughtful pro-life Americans know that our greatest victories for the cause of the unborn have been made possible, in part, with help from a brave group of pro-life Democrats who have stood tall against members of their own party to do right by their most vulnerable constituents.

The time-honored Hyde Amendment, which prohibits taxpayer funding of elective abortions and is estimated to have saved more than two million lives, initially passed in 1976 with support from more than 100 House Democrats and continues to enjoy bipartisan support as a policy rider to annual spending bills.

Years later, the Partial Birth Abortion Ban of 2003 became law with the votes of 63 Democrats in the House of Representatives who joined forced with a near-unanimous Republican conference to protect infant children from harm.

More recently, the field of Democrats willing to take a stand for the most innocent among us has winnowed as party leaders’ mantra on the subject evolved from the Bill Clinton-era “safe, legal and rare” to “anytime and anywhere.”

In 2016, the Democratic Party’s official platform endorsed taxpayer funding of elective abortion. Last year, only two Democrats in the House of Representative voted for a measure authored by Rep. Diane Black (R-TN) to overturn an Obama-era edict that banned states from withholding family planning grants from Planned Parenthood – the nation’s largest abortion provider and purveyor of family destruction.

One of those courageous Democrats was Congressman Dan Lipinski (D-IL).

With an 88 percent party unity score according to CQ, Congressman Lipinski is not short on liberal street cred. He opposed the Republican tax reform bill, he voted to uphold the flawed Dodd-Frank law, and while he voted against Obamacare at the time of its passage, he opposed the latest GOP-led repeal efforts.

If you are a conservative like me, there’s a laundry list of subjects on which to disagree with Congressman Lipinski, but he has been an unwavering voice for life – earning the support of pro-life bulwark Susan B. Anthony List and even becoming the only Democratic lawmaker to participate at this year’s March for Life rally. Now, he’s under attack for it.

Extremist groups like NARAL Pro-Choice America, MoveOn.org, Planned Parenthood Action Fund and others have joined forces to take out an otherwise reliably progressive Democrat simply because he affirms the human rights of the unborn.

Lipinski holds a narrow lead over his far-left opponent ahead of the March 20th primary. The victor will face an unserious “Republican” opponent who is an outspoken Holocaust denier and has already been rightly disavowed by the state GOP.

If leftist organizations are intent on taking out one of their own based solely on his stand for life, then we – the pro-life Americans who he has stood with at great expense – should stand with him now.

Lipinski’s race must be a country-over-party moment for rational conservative, independent, and otherwise pro-life voters, because it poses a question of what kind of country we want to be.

His primary defeat would embark us on a dangerous path that further polarizes a topic as fundamental as who is afforded life and who is denied it. It risks diminishing the pro-life cause to a single-party issue that will make good fodder in Republican primaries but will ultimately lack the votes needed to change laws and save innocent lives.

His victory, however, would ensure we can continue striving to forge the bipartisan consensus that will ultimately be necessary to realize a day when every child is welcomed in life and protected in law.

For third-district Illinoisans, this may mean crossing over to request a Democratic ballot in the state’s March 20th open primary. For others it may mean a contribution of time, money, or other resources to bolster his campaign.

When Prairie State voters head to the polls, life will be on the ballot and it will demand that each of us look past party labels to hear the still small voice of a beating heart.