Jonathan Feldstein
|
Posted: Feb 03, 2020 8:46 AM
Share   Tweet
The opinions expressed by columnists are their own and do not necessarily represent the views of Townhall.com. 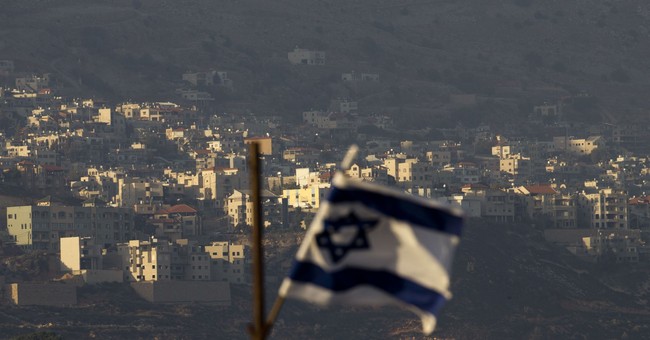 I was introduced to Alan Newman by a mutual friend because of our respective passion to build bridges between Jews and Christians.  In our first conversation, I knew I found a new friend with a shared drive and calling to do what I have done for so many years.  I learned from him the phrase to be “in violent agreement.” We spoke at length and echoed one another repeatedly.

How we embody this passion is different, but very important and complementary.

Alan shared with me how he had put his passion to paper, literally. He wrote a novel, “Good Heart,” which interweaves the stories and lives of two American families, one Jewish and the other Christian. “Good Heart” draws you in immediately with vivid and personal character development, following the Baranson and Langford families over three generations. Taking place in a small Indiana town in the 1960s and 1970s, Danny Baranson and Bobby Langford lead classic middle American childhoods together.  The fact that one is Jewish and the other is Christian is noted, but not over the top in any preachy way.  It’s woven into the relationship naturally and organically.

But how Danny and Bobby’s lives are primed to be so receptive to one another comes from the unique family experiences and histories that made them who they are, not just as inseparable friends, but as Jews and Christians. “Good Heart” follows Danny and Bobby through adolescence, marriage, and adulthood. The deep personal connection they develop as children carries on to their spouses and children, despite time and distance that inevitably separate them physically.

The relationships are written so personally that you find yourself drawn into their lives such that, as you turn the pages, you share the highs and lows and the emotions of the Baransons' and Langfords’ lives. This is characteristic of the writing that makes “Good Heart” a good read.

But “Good Heart” has a deeper message that we can learn from. As any deep relationship between Jews and Christians that’s based on friendship and theology would likely do, the families are also drawn together with another common denominator central to them both: Israel.

While the first half is rich with engaging stories and character development as the Baransons’ and Langfords’ relationships grow, the second half of “Good Heart” is rich with stories of modern Israel's history, battles, challenges, and highlights. It’s not a history book per se, but the history of modern Israel evolves through their exposure to, interaction with, and being in Israel. Because of Alan Newman depth of knowledge, recounting historical and cultural nuances flows naturally.  He provides important insights for both Jewish and Christian readers through realistic personal stories. Yet as knowledgeable as he is, Alan still did significant research to make the characters and their stories genuine, and not just what he thought they should be.

“Good Heart” successfully connects and integrates the lives of three generations of two respective families; one Jewish and one Christian.  The reader is taken from World War II Europe to a small town evangelical church in Indiana, and brings the reader through their characters’ love for Israel, to celebrate the ingathering of the exiles from the four corners of the world in Israel, where a new generation of Jews are themselves interconnected and set a new course of Jewish history in building their destiny the Land that God promised to Abraham, Isaac and Jacob.

The problem with “Good Heart” is that it brings the reader to be such a part of the characters’ lives that one wants more, and to know how the stories continue.   And on that level, it is not only a novel but a guidebook for others who wish to engage in such meaningful relationships between Jews and Christians.

I have been blessed with many relationships like this, with Christian friends who become like family.  For those who have not yet been able to cultivate these kinds of relationships based on unconditional love and mutual respect, “Good Heart” offers a peek into a multi-generational window of two families’ homes and lives, and paints a beautiful picture as to what such a relationship looks like.

Maybe the answer to wanting to know how the Baransons and Langfords stories continue is with each of us. We need to put ourselves into their places. One cannot create relationships like this with the wave of a wand.  But we can proactively seek them out and engage our children so that the bridges we build are lasting.

Author's note: If you are in agreement with the importance of, and want to actively participate in, building bridges between Jews and Christians, there’s more than enough room to join us. Please be in touch at firstpersonisrael@gmail.com, and consider engaging in some of the projects that The Genesis 123 Foundation is undertaking to build meaningful and unique relations.  If you’re not sure yet, get a copy of “Good Heart” and read for yourself. Through the end of this month, donors of $48 to the Genesis 123 Foundation (through this link at the Run for Zion Education Fund) whose mission is just that, to build bridges between Jews and Christians and Christians with Israel, will receive a copy of “Good Heart.”