Maybe America Just Wants To Have A Parliamentary System?

Jonah Goldberg
|
Posted: Nov 02, 2018 12:01 AM
Share   Tweet
The opinions expressed by columnists are their own and do not necessarily represent the views of Townhall.com. 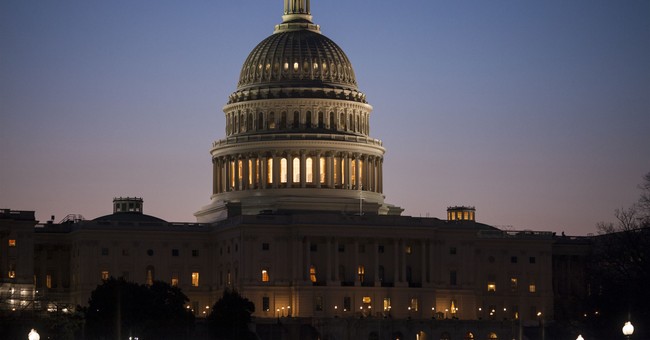 Americans, God bless 'em, revere the Constitution even if they disagree on what it says.

But they love the Constitution nonetheless.

The thing is, the Constitution isn't magic. Its power derives from the power we invest in it. In the 19th century, a bunch of Latin American countries were inspired by the U.S. and borrowed heavily from our presidential system (as opposed to the parliamentary system). It's a complicated story -- stories, actually -- but suffice it to say, it didn't work out. Different people, different cultures, different expectations.

Our system was designed for the people on the ground, and even then we've made a whole bunch of modifications since 1789.

For instance, the president and vice president were originally the first and second finishers in the election. That mistake was corrected with the 12th amendment in 1804. The 13th, 14th and 15th amendments rectified the moral stain of slavery (at least formally). The 17th amendment required that senators be elected by voters, not state legislatures. The 19th amendment allowed women to vote.

In other words, we've been shedding the small-r republican character of the Constitution, which balanced the small-d democratic part. This can get confusing, but the first thing to keep in mind is that the capital-letter Republican and Democratic parties are not particularly representative of either perspective.

As Randy Barnett explains in "Our Republican Constitution," both traditions celebrate "We the People." But for the small d-democrats, "We the People" translates as the "Will of the People." For small-r republicans, the Constitution is there to protect the inalienable rights of the sovereign individuals who make up We the People. In a proper republic, leaders are elected, but they are responsible for protecting the constitutional order even when the will of the people demands otherwise.

Both parties have small r-republicans and small r-democrats in them. And both parties tend to emphasize whichever perspective benefits them in a given moment.

But there's an additional problem with the republican tradition in America. Whereas it once spoke to the idea that leaders might have to defy the will of the people to protect our rights, today it also manifests itself as a kind of aristocratic elitism.

Officials defy both individual rights and the will of the people for our "own good." From Woodrow Wilson's "war socialism" to the New Deal and the Great Society, elected officials did what they thought was right, heedless of democratic or republican restraints. Whether these were good policies is beside the point. The TARP bailout started by George W. Bush and continued by Barack Obama was probably necessary, but the Constitution and public opinion were afterthoughts. If Donald Trump tries to repeal birthright citizenship by executive order, it would be unconstitutional and undemocratic, even if you think it's the correct policy.

And that brings me to the parliamentary tide. In parliamentary systems, the people elect parties and the parties elect their leaders. The ever-widening gyre of partisan polarization seems to be pushing us toward that kind of system. Democrats vote "blue," Republicans "red."

Trump and the Democrats want the midterms to be a referendum on him. Democrats increasingly spew venom at the Senate as undemocratic because big states and small alike get the same number of senators. During the mail-bomb episode, congressional party leaders issued joint GOP and Democratic statements, whereas traditionally leaders would issue bipartisan statements from each body of Congress.

In short, voters and politicians alike are behaving as if we live under a different system than the one in the Constitution. Why? I have too many guesses to list here, but among the top suspects: a failure to teach civics, a breakdown of civil society and the institutions that traditionally keep politics local, and the increasing tendency of people to see politics as their "identity."

I think all of these trends are calamitous, and not just because I'm a constitutionalist. There's no reason to believe that even if we redesigned the Constitution along parliamentary lines the people would be satisfied. Parliamentary systems aren't any better at fixing such problems. A parliamentary system might just be a way station on our descent to an even uglier form of zero-sum politics.