Jonah Goldberg
|
Posted: Mar 16, 2018 12:01 AM
Share   Tweet
The opinions expressed by columnists are their own and do not necessarily represent the views of Townhall.com. 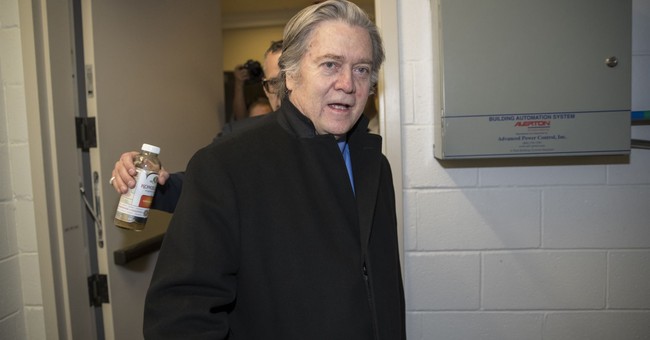 One of the things that motivated my old friend Andrew Breitbart was his righteous indignation at being called a racist. That's a running theme in his book, "Righteous Indignation."

"Andrew Breitbart despised racism," his friend Ben Shapiro told me. "He took pride in rejecting racism and fighting it tooth and nail. He saw it as a form of bullying. Nothing devastated him more personally than being maligned as racist."

He would also advise conservatives not to be deterred if their opponents on the left unfairly called them racists -- something he rightly believed happened all the time. Indeed, one of the things that got him out of bed in the morning was fighting the media/Democratic narrative that conservatives are all a bunch of racists.

In one famous episode, members of the Congressional Black Caucus walked through a crowd of tea party protesters seeking a provocation. Subsequently, they claimed the attendants screamed the N-word and other epithets at them. The press reported it all as fact. Andrew, noting the sea of cameras and iPhones at the event, offered a $100,000 reward to anyone who could provide proof of the CBC's claims. No one came forward.

That was the Andrew Breitbart I was proud to call my friend.

Last week, just after the sixth anniversary of Andrew's demise, the man who replaced him at Breitbart News, Steve Bannon, launched his blood-and-soil tour of Europe. The climax was a speech to the ultra-right French National Front in which he perverted Andrew's defiant message, preferring to embrace the caricatures Andrew dedicated himself to fighting.

There's something darkly comic about a guy who in the last year was fired from the White House, ousted from his website and defenestrated by the patrons who supported him speaking to a sparse crowd of Vichy nostalgists, claiming that the tide of history is with him.

If Andrew were still around, I bet he'd tell Bannon to stay in Europe -- and not just because his tendency to wear several shirts at once seems more consistent with European fashion. Bannon's understanding of conservatism is entirely European.

In a famous -- and famously misunderstood -- essay, "Why I Am Not a Conservative," Friedrich Hayek, the Nobel prize-winning economist and political theorist, wrote: "Conservatism proper is a legitimate, probably necessary, and certainly widespread attitude of opposition to drastic change. It has, since the French Revolution, for a century and a half played an important role in European politics. Until the rise of socialism, its opposite was liberalism."

What Hayek meant by liberalism is the laissez-faire, limited-government philosophy that defined the best parts of the French and Scottish Enlightenments. These classical liberals fought with conservatives of all stripes, arguing for inalienable and universal human rights. They were opposed by theocrats, aristocrats, monarchists and arch-traditionalists who argued for the rule of altar and throne, caste and guild.

"There is nothing corresponding to this conflict in the history of the United States," Hayek observed, "because what in Europe was called 'liberalism' was here the common tradition on which the American polity had been built: thus the defender of the American tradition was a liberal in the European sense."

Conservatism in America has always been deeply traditionalist, sometimes too much so. But at the core of the modern conservative movement has been the effort to protect, defend and conserve the traditions of a liberal revolution, grounded in the best arguments of the enlightenment (slavery notwithstanding).

Bannon's potted nativist nationalism and racially tinged populism run counter to that project and to the best and highest ideals of conservatism and America itself. He turned Andrew's Breitbart.com into a "platform" (his word) for the alt-right, seeking to inject European swill into the American body politic.

Let Bannon stay in Europe and hand out torches for the marchers. His un-American shtick has no place here. I'm sure Andrew would agree.