Clayton Lockett: A Just Execution, Regardless 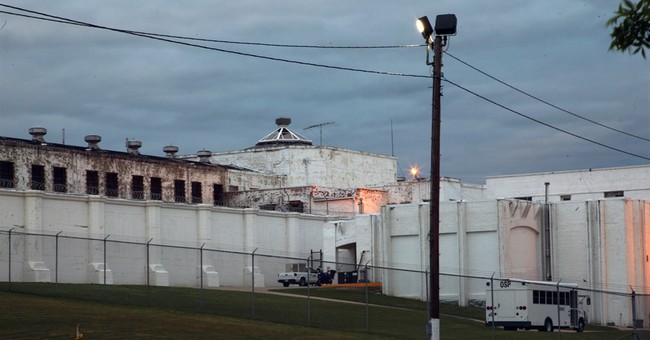 Last week the state of Oklahoma "botched" an execution.

Botched is the accepted term in the media coverage, despite the fact Clayton Lockett was executed. He just died badly, suffering for 43 minutes until he eventually had a heart attack.

Oklahoma's governor has called for an investigation. President Obama asked Attorney General Eric Holder (who is seeking the death penalty in the Boston Marathon bombing case) to review the death penalty.

Obama's position was a perfectly defensible straddle: "The individual ... had committed heinous crimes, terrible crimes, and I've said in the past that there are certain circumstances where a crime is so terrible that the application of the death penalty may be appropriate."

"I think we do have to, as a society, ask ourselves some difficult and profound questions."

As a death penalty supporter, I agree. Although, I'm not sure we'd agree on what those questions -- and answers -- should be.

As for Lockett, he was entitled to a relatively painless and humane execution under the law. As for what he deserved in the cosmic sense, I suspect he got off easy.

He and his accomplices abducted two teenage girls (as well as a man and his baby). One of them, Stephanie Neiman, refused to say she wouldn't tell the police, so Lockett shot her with a shotgun. But she didn't die. He ordered his accomplices to bury her alive. Here's an AP summary of his crimes, in addition to first-degree murder: "conspiracy, first-degree burglary, three counts of assault with a dangerous weapon, three counts of forcible oral sodomy, four counts of first-degree rape, four counts of kidnapping and two counts of robbery by force and fear." Maybe you can weep for the man. I can't.

Let's get back to those difficult and profound questions. Capital punishment opponents offer many arguments why people like Lockett shouldn't be executed. They point out that there are racial disparities in how the death penalty is administered, for example. This strikes me as an insufficient argument, much like the deterrence argument from death penalty supporters. Deterrence may have some validity, but it alone cannot justify the death penalty. It is wrong to kill a man just to send a message to others.

Likewise, Lockett, who was black, wasn't less deserving of punishment simply because some white rapist and murderer didn't get his just punishment.

As for humaneness, Lockett's execution was botched -- "inhumane" -- in part because Oklahoma had to use a new drug regimen because death penalty opponents had successfully lobbied the maker of a component of an earlier formula to stop making that drug available for executions.

Some believe the best argument against the death penalty is the fear that an innocent person might be executed. It's hotly debated whether that has ever happened, but it's clear that innocent people have been sent to death row. Even one such circumstance is outrageous and unacceptable.

But even that is not an argument against the death penalty per se. The FDA, police officers and other government entities, with less constitutional legitimacy than the death penalty (see the Fifth and 14th amendments) have made errors that resulted in innocent deaths. That doesn't render these entities and their functions illegitimate. It obligates government to do better.

Radley Balko, a death penalty opponent, in a piece in the Washington Post, says that ultimately both sides of the death penalty debate have irreconcilable moral convictions. I think he's right. As far as I'm concerned, Lockett deserved to die for what he did. Everything else amounts to changing the subject, and it won't convince me otherwise.

Antibody Testing: Proves We've Been Had!