Watch Out, Your Character Is Showing 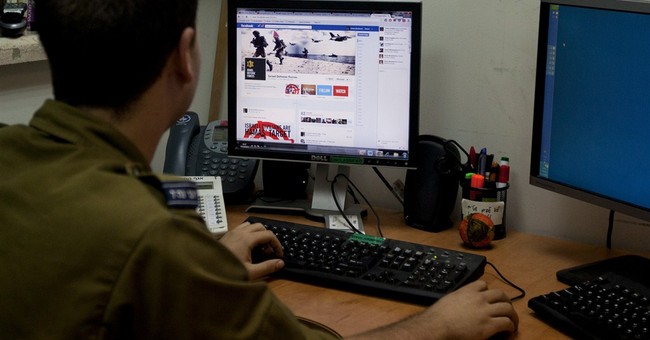 "Character is what you do when no one is watching."

It's a bit of a trite saying, attributed to coaches, motivational speakers and fortune cookie writers (by the way, whose idea was it to replace fortune cookie predictions with treacly aphorisms from the "Successories" reject pile?).

Still, the expression's popularity illustrates the power of the idea behind it. Character is what you do when the only controlling authority is your conscience.

Because young people do not yet have fully formed characters, they often need incentives beyond exhortations to do the right thing. That's one reason most parents reward good behavior and punish bad behavior -- to create real-world consequences for poor decisions, and thus train the habits of the heart.

Schools do the same thing. When I was a kid, one of the chief tools in this regard was your "permanent record." You don't want to get caught cheating, running in the halls, cutting class, drinking beer, etc., because it might go down on your permanent record, teachers would warn.

One of the great epiphanies in life is that your permanent record is not some bulging binder kept under lock and key like some archive in East Germany. But the threat that keepers of your permanent record were watching you -- bureaucratic Santas determining if you were naughty or nice -- had its uses. I'm sure it still does.

But another useful lesson in life is that jerks can avoid the scrutiny of the permanent record-keepers while still being jerks.

That's one reason I was happy to hear that college administrators have taken to perusing the social media habits of applicants. A Kaplan survey of top colleges, as compiled by U.S. News and World Report (once a news organization that did college rankings, now a college ranking service that occasionally dabbles in news), found that about a third of admissions officers at elite schools poke around on Facebook and other sites to check out what applicants are really like.

But teenagers in the past learned how to have a good time while avoiding embarrassing entries in the permanent record. And they'll figure it out again.

"Sure, the scrutiny may make them better at hiding what they don't want adults to see," writes Professor Mark Bauerlein of Emory University. "It will produce the same hype and earnestness we get in personal essays and resumes in the application packet.

In other words, there will be marginally fewer Facebook photos of keg stands and more of summer vacation latrine-digging in Third World countries.

But there's a larger point to be made here. We now live in a society in which there's always someone watching. Text-messaging, Twitter, YouTube, Facebook, Instagram, email, etc., amount to the new permanent record. In the past, if you embarrassed yourself in some horrendous way, you could often reinvent yourself simply by moving to a new town and starting fresh. Now your permanent record is in the Cloud and your scarlet letter can be found with a Google search.

Indeed, the Internet is creating unprecedented opportunities for people of low character to advertise it. If Anthony Weiner had simply used the phone as a phone instead of a handheld peep-show booth, he'd probably be the next mayor of New York. If Jofi Joseph (the Obama administration national security aide who used his "NatSecWonk" Twitter handle to trash colleagues and superiors) had restricted his catty gossiping to water-cooler chatter, he'd probably still have a job. Miami Dolphins lineman Richie Incognito couldn't stay incognito because of the ubiquity of cellphone cameras and the permanence of text messages.

Such stories are extreme examples of the Internet culture's tendency to reward oversharing. But they also reflect a much older and broader cultural trend that celebrates self-expression over self-discipline. That tension has been baked into the cake since the Enlightenment, and it's not going away. But it's nice to see society self-correct every now and then. It's a sign of good character.