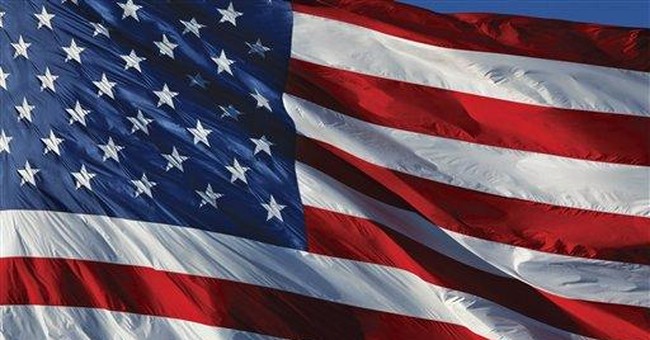 The bleating about broken government and partisanship continues. "Why can't those boobs in Washington agree on anything?" We're constantly told that the way to fix the country is to dethrone the left and right and empower the middle. Americans Elect, No Labels, the Gangs of Six and Fourteen, conservative Democrats and liberal Republicans: Handing things over to these middling mincers and half-a-loafers is supposed to be the answer to all of our problems. It's as if we should just put Nelson Rockefeller's mug on the dollar bill and be done with it.

But what if the real compromise isn't in forcing the left and the right to heel. What if instead the solution is to disempower the national elites who think they've got the answers to everything?

Federalism -- the process whereby you push most political questions to the lowest democratic level possible -- has been ripe on the right for years now. It even had a champion in Texas Gov. Rick Perry, and Ron Paul still carries that torch.

The main advantage of federalism is more fundamental than the so-called "laboratories of democracy" idea. Federalism is simply the best political system ever conceived of for maximizing human happiness. A one-size-fits-all policy imposed at the national level has the potential to make very large numbers of citizens unhappy, even if it was arrived at democratically. In a pure democracy, I always say, 51 percent of the people can vote to pee in the cornflakes of 49 percent of the people.

Pushing government decisions down to the lowest democratic level possible -- while protecting basic civil rights -- guarantees that more people will have a say in how they live their lives. Not only does that mean more people will be happy, but the moral legitimacy of political decisions will be greater.

The problem for conservative and libertarian federalists is that whenever we talk about federalism, the left hears "states' rights" -- which is then immediately, and unfairly, translated into "Bring back Bull Connor."

But that may be changing. In an essay for the spring issue of "Democracy Journal," Yale law professor Heather K. Gerken offers the case for "A New Progressive Federalism."

Gerken's chief concern is how to empower "minorities and dissenters." Not surprisingly, she defines such people in almost purely left-wing terms of race and sexual orientation. Still, she makes the very compelling point that the current understanding of diversity -- including minorities as tokens of inclusion -- pretty much guarantees that racial minorities will always be political minorities as well.

"While the diversity paradigm guarantees racial minorities a vote or voice on every decision-making body, it also ensures that they will be the political losers on any issue on which people divide along racial lines," Gerken writes. "Racial minorities are thus destined to be the junior partner or dissenting gadfly in the democratic process. So much for dignity."

Allowing local majorities to have their way, Gerken continues, "turns the tables. It allows the usual winners to lose and the usual losers to win. It gives racial minorities the chance to shed the role of influencer or gadfly and stand in the shoes of the majority."

She's right, and not just about her favored groups. For instance, Mormons (not a group Gerken highlights) are a national minority. But they are a Utah majority. Hence, Utah takes on Mormon characteristics. It's no theocracy, but it is more representative and distinctive. In areas where Latinos or blacks are the majority, what's so terrible about having institutions that reflect their values?

And, let them all live by their mistakes as well. In San Francisco, which Gerken touts as a haven for "dissenters," they translate their values into law. I think much of what passes for wise policy in San Francisco is idiotic, but it bothers me less than it would if Nancy Pelosi succeeded in making all of America like San Francisco.

I don't see eye to eye with Gerken on everything, and I suspect she would be reluctant to push the welfare state downward. (Public employees in Galveston, Texas, for instance, are not part of the Social Security system.)

Still, I'm delighted her essay has received respectful treatment on the left. A left-right federalist compromise would make America a happier, freer, more prosperous and interesting country. It would also dethrone those in both parties who think they know what's best for more than 300 million Americans.