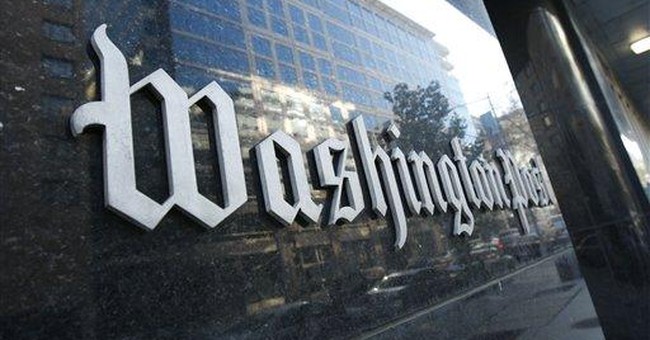 There has been a lot of news in the last week or so: the resignation of Gen. Stanley McChrystal, the death of Sen. Robert Byrd, the oil spill off the Gulf Coast, the Elena Kagan confirmation hearings, the cratering economy and stock market, even the World Cup. But for a few days at the end of June, Beltway pundits were consumed with the ballad of David Weigel, a blogger for The Washington Post, briefly assigned to cover the "conservative beat."

And just what is the conservative beat?

Well, according to many of the nation's leading editors, it's that shadowy, often-sinister world where carbon-based life forms of a generally humanoid appearance say and do things relating to, and supportive of, conservative causes and the Republican Party. These strange creatures have been observed using complex tools, caring and nurturing their young and even participating in complex social rituals. Most worship an unseen sky god that traces its roots back to the ancient Middle East. Even more astounding, these creatures are having a noticeable impact on American politics.

And that is why many of our leading journalistic enterprises have found it worthwhile to assign full-time reporters to the task of spelunking through the dark caves of conservatism to better understand these fascinating, if vaguely worrisome, beings.

As for Weigel, though he officially resigned from the Post, theories still abound about whether he really jumped from his perch there or was pushed. Either way, the reason he had to go stemmed from comments he made in an off-the-record online chat group for liberal journalists. He said he hoped that Internet phenom Matt Drudge would "set himself on fire" and that Rush Limbaugh should drop dead.

Conservatives, according to Weigel, are obsessed with protecting "white privilege" and are bigots for opposing gay marriage. The GOP is the "party of Mordor" and, if left unchecked, will one day deliver the West into the hands of Sauron. (Not really, but if you read between the lines, it's in there.) Note: Weigel's actual work product was far more balanced and seemingly open-minded than what you'd expect knowing his private views.

The incident has sparked a lot of discussion over how mainstream journalistic institutions such as The Washington Post and The New York Times should cover conservatives. Even if you leave aside the ancient arguments about media bias, this is still an old debate. In 2004, the Times assigned a reporter to cover conservatives full-time in order to better inform their readers and staff how the conservative movement works.

"We wanted to understand them," explained editor Bill Keller. The Times' ombudsman later observed that the "decision not to create a liberal beat, it seems to me, reflected the reality that the Times' coverage of liberals had no gaps similar to those in its reporting on the conservative movement." Translation: The Times is staffed almost entirely by liberals and their news judgment flows directly from that fact.

Many mainstream news outlets have been caught flat-footed on some major stories in recent years precisely because of this attitude.

For instance, Van Jones, the White House "green jobs czar," was brought down by controversies that went ignored by most leading news outlets but were widely covered by (the hugely successful) Fox News and the thriving conservative press. It seems at times that if conservatives consider something big news, the editors at such places as the Times and the Post must first conduct an anthropological analysis: Why are these right-wing natives so upset?

It's difficult to exaggerate how bizarre this predicament is. In America, self-identified conservatives outnumber self-identified liberals by 2 to 1. And yet many of our leading journalistic bastions have found themselves stuck in something akin to media monasteries with a Fort Apache complex.

Now the Washington Post is scrambling to figure out how to cover conservatives. Part of the reason the Post looks so lost is that it seems apparent that it thought it was hiring a conservative to cover conservatives when Weigel was more like a libertarian-leaning liberal with a good conservative phrase book and a dashing right-wing pith helmet. A registered Republican, Weigel nonetheless voted for Barack Obama, John Kerry and Ralph Nader for president. Meanwhile, left-wing groups who find the news media insufficiently liberal are now clamoring for their own reporters to cover the "liberal beat."

What a strange hot mess the press has gotten itself into. And there are no easy answers about how to clean it up. One solution, offered by The Washington Examiner's Byron York: Hire a lot more openly ideologically committed -- and fair-minded -- reporters, but with one caveat: Have the conservatives cover the liberal beat and the liberals cover the conservatives. York rightly notes that a little ideological distance tends to temper the cheerleading. It's a good idea.

But here's some even simpler advice for liberal editors unwilling to break out of the bunker: Just try to keep in mind that these strange alien creatures are also potential customers.