A Letter to Sarah 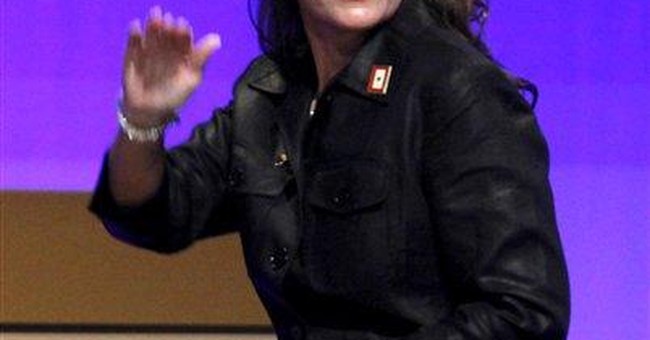 We haven't met, but you might remember I was one of the first columnists to tout you for John McCain's running mate. I cheered you mightily when Senator McCain selected you, and I still believe that you were the smartest choice he could have made given the obstacles before him. I'm also assuming you want to run for president some day.

There's a reason why the left and much of the media establishment hated you from day one. Some hated you out of the fear that you might stop Barack Obama's unfolding coronation. Others because you seemed to expose the snobbery, arrogance and ideological pieties of elite feminism. Your beauty, your status as a working mom, your blue-collar husband, your bravery in taking on the political establishment in Alaska, your proud status a pro-lifer and mother of a special-needs child: all of these things were -- and are -- deeply threatening to a secular left-wing cultural elite.

All of this was an incredible compliment. Powerful people don't fear the powerless. Remember how Mike Huckabee borrowed that Air Force maxim when he got grief during the primaries? "If you're not taking flak, you're not over the target." Well, you were over the target.

But while McCain's strategists do not cover themselves in glory for scapegoating you, you are not without blame either. You do seem to think the best advice is for you to stay just the way you are. Leaders listen to the advice they don't necessarily want to hear.

For starters, every time I see you on TV, you're whining about unfair press coverage. Don't get me wrong: Much of it is unfair, and some of it deserves a response. But it's not presidential. It's not even gubernatorial. You are constantly taking the bait, taking up the fights your biggest fans want you to take up.

But here's the thing: Don't listen to your biggest fans. Don't alienate them either, but don't think that because the Palin4Pres crowd cheers, you're making progress. Politics is ultimately about persuasion, and you seem entirely uninterested in that, preferring instead to play the victim. Well, victims don't get elected president. Ronald Reagan was a laughingstock for liberals and despised by the press. But he didn't whine or take the bait.

Second, peddling a few platitudes and truisms about free markets and limited government is no substitute for really knowing what you're talking about. Yes, you can talk well about the stuff you know -- oil drilling, energy, etc. -- but beyond your comfort zone, you fall back on bumper-sticker language that sounds fine to the people who already agree with you but is useless in winning over skeptics.

President Bush had the same problem you do, which is why there's a hunger for Republicans who can effectively articulate and sell our policies and philosophy. That's why the wonks have the upper hand. Mitt Romney, Indiana Gov. Mitch Daniels, Louisiana Gov. Bobby Jindal and other hands-on types are what the party wants and, frankly, needs.

Here's the good news: You have time. Here's the better news: You have something no one else in the party has -- charisma. And I don't mean you have the most charisma like it's a consolation prize for not being elected prom queen. If money could buy what you have, Romney would have bought it all by now. Good politicians can learn how to win over audiences, but the great ones are born with the ability. Reagan had it. Clinton had it. Obama has it. You have it. You are the "It Girl" of the GOP.

What you lack, you can learn. If knowing how to describe the situation in Pakistan or explain the "doughnut hole" in health care coverage was all you needed to get elected, an intern with a subscription to the Economist could be president.

So here's my advice. Stay home and do your job and your homework. You'll still be a national figure come the primaries. But if you can't surprise your detractors with your grasp of policy when you re-emerge on the national stage, you won't win the nomination. More important, you won't deserve to.