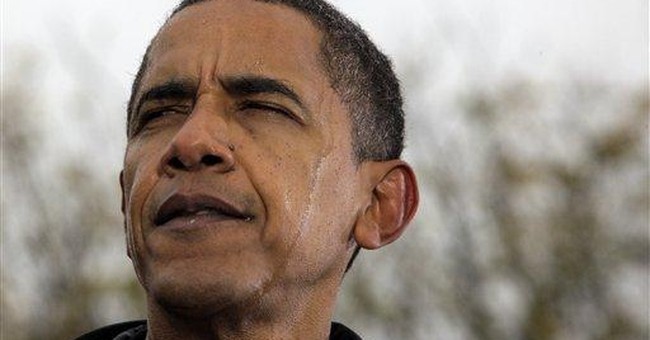 There's an old saying: The oldest word in American politics is "new." Only in that sense is there anything new to Barack Obama.

Obama prefers the word "progressive" to "liberal" because it makes it sound like he's shedding old liberal ideas. But if he is, it's only to embrace older ones.

America first encountered the vision Obama espouses under Woodrow Wilson, the first progressive president and the first to openly disparage the U.S. Constitution as a hindrance to enlightened government. His new idea was to replace it with a "living constitution" that empowered government to evolve beyond that document's constraints. The Bill of Rights, lamented the progressives, inhibited what the government can do to people, but it failed to delineate what it must do for people.

The old conception of individualism needed to be replaced by a new system in which the citizen would "marry his interests to the state," in Wilson's words. This would allow the state to fulfill the progressive pledge to "spread the prosperity around." Obama shares Wilson's faith in a living constitution and has argued that Supreme Court judges should be confirmed based on their empathy for the downtrodden.

In a vital essay in the current Claremont Review of Books, Charles Kesler notes that Obama mentions Franklin Roosevelt in his book, "The Audacity of Hope," more times than any living Democratic politician. That's not surprising, given that FDR -- a veteran of the Wilson administration -- carried the progressive vision of government much further than Wilson himself.

In 1944, FDR proposed updating the Bill of Rights with a new "economic bill of rights" that would define freedom not as liberty from government intrusion but as the possession of goodies provided by government. "Necessitous men are not free men," FDR proclaimed. It's a statement Obama surely agrees with; his advisor, Cass Sunstein, wrote a book saying FDR's "second bill of rights" should become the defining principle of American politics.

Wilson, Roosevelt and now Obama -- all their ideas sprung forth from the work of John Dewey, the most important liberal philosopher of the 20th century. Dewey held that "natural rights and natural liberties exist only in the kingdom of mythological social zoology," and that "organized social control" via a "socialized economy" was the only means to create "free" individuals. Dewey proposed that statism be taught as a kind of civic religion in our schools so that Americans could be raised to see the government as the solution to all of our problems.

Dewey lives on in the education reform ideas espoused by former Weatherman Bill Ayers. Ayers, now an education professor at the University of Illinois at Chicago, often invokes Dewey when justifying his own dream of indoctrinating public school students in "social justice." Obama doesn't condone Ayers' '70s-era bombings, but he certainly subscribes to Ayers' educational vision. In fact, Ayers' educational work is the primary defense for the candidate's association with an unrepentant terrorist.

Much has been made of Obama's comment to "Joe the Plumber" that things are better when we "spread the wealth around." The Obama campaign has rebuffed charges of "socialism" or "radicalism" with the usual eye-rolling.

But Obama's words that day in Ohio were consistent with his past statements.

A just-unearthed 2001 interview with Obama on Chicago public radio reveals as much. Then a law school instructor and state legislator, Obama offered an eloquent indictment of the Warren Court for not being radical enough. While the court rightly gave blacks traditional rights, argued Obama, "the Supreme Court never ventured into the issues of redistribution of wealth." Unfortunately, according to Obama, "it didn't break free from the essential constraints that were placed by the Founding Fathers in the Constitution."

Note: If Obama wins next week, all three of his preconditions will have been met, and his colleagues in the House and Senate are itching like junkies for a new New Deal. Only in a country of amnesiacs could one claim that socialized medicine is a "new idea."

Blowing away the dust and cobwebs from ancient wares doesn't make them new. Save for his skin color, Obama doesn't represent anything novel. Rather, he symbolizes a return to an older vision of the United States that was seen as the "wave of the future" eight decades ago.

I for one have no desire to go back to that future.