John Zmirak  |  May 21, 2018
The opinions expressed by columnists are their own and do not necessarily represent the views of Townhall.com.
Top Columns
Trending on Townhall Media 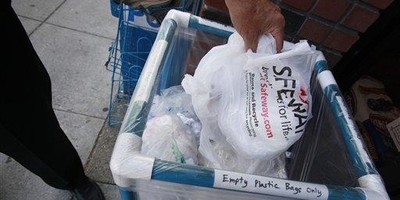 This is an excerpt adapted from The Politically Incorrect Guide to Immigration: An America First Manifesto, available on May 21st.

By John Zmirak and Al Perrotta

Much of the rest of the world still lives in the dreary shades of poverty and want. They lack the rule of law, or property rights, or a decent system of rights, or a decent system of government, or the culture of entrepreneurship. They produce, every year, millions of unskilled and restless citizens who would like to come to America.But sadly, America doesn’t need the level of immigration we did in the past  – and many people can’t understand that.

The difficulty with rational solutions to our immigration crisis is that you have to try explaining them to irrational people. These folks are not just accidentally irrational—because they’ve had too much to drink, say, or just woke up. No, these people are selectively and programmatically irrational. Flouting the rules of fair argument to promote a favored cause makes them feel virtuous, as if it’s evidence of just how committed to justice they really are. Yes, we mean Progressives. They have one key advantage in any argument: they never have to worry about the logical implications of anything they say. Take them down their own road and after two steps they call you a racist or a something-or-other-phobe. Insist that you’re just pointing how far down the slippery slope really goes, and they’ll whip out one of their trusty “Get Out of Thought Free!” cards. They’ll wave off the obvious implications of their premises, and roll their eyes at what a crackpot alarmist you are. Works every time. In the short run.

Clearly, with 147 million adults worldwide who want to migrate to America, we cannot simply hold out our arms and welcome every single one.  But how does one explain this to friends or acquaintances who are actually willing to listen? The Politically Incorrect Guide to Immigration reveals exactly that – but here are a few pointers to get you started!

Start with the facts – Reassure them that your concerns about immigration arise from the real-world impacts of immigration, not some stupid prejudice. Here are a few:

Make apt comparisons. Point out that the reforms we suggest in this book would bring the United States more in line with Canada and Australia, which give preferences to high-skill immigrant and limit the numbers.

Remind them of our history. Document the fact that vast waves of low-skill immigrants came only during one eighty-year period of American history – when the continent was mostly empty, we had endless manufacturing and farm job opportunities, and the welfare state didn’t exist. Use some of those quotations from our Founders in chapter three.

Note that elites personally benefit from the immigration status quo, which hurts ordinary Americans. Remind the people to whom you’re speaking that opinion makers and other elites who almost uniformly back high immigration benefit from it economically, and that they don’t feel the sting of wage competition. If low-priced lawyers, reporters, congressional staffers, and pastors were flooding into the country, elites might be singing a different tune. You, on the other hand, are looking out for the little guy, and the country as a whole.

Accentuate the positive. Try to smile and stay upbeat about your high hopes for our country. You want to give us a chance to harmonize all our ingredients and encourage assimilation of immigrants -not keep all of them out forever.