John Stossel
|
Posted: Dec 30, 2020 12:01 AM
Share   Tweet
The opinions expressed by columnists are their own and do not necessarily represent the views of Townhall.com. 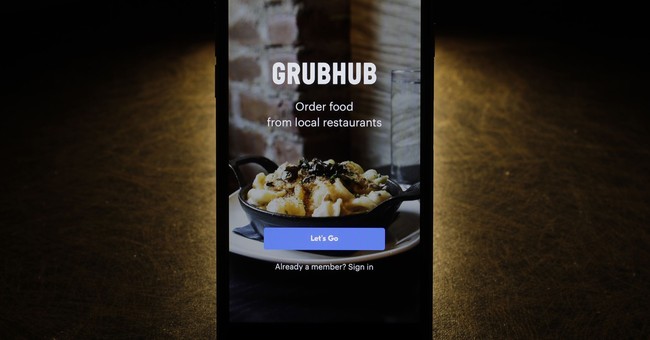 Was 2020 the worst year ever? The media keep saying that.

We did have the pandemic, a bitter election, unemployment, riots and a soaring national debt.

But wait, look at the good news, says historian Johan Norberg. His new book, "Open: The Story of Human Progress," points out how life keeps getting better, even if people just don't realize it.

2020 was "the best year in human history to face a pandemic," he says.

Had the pandemic happened in 2005, "You wouldn't have the technology to create mRNA vaccines."

These last 20 years, adds Norberg, have been especially good. "Mankind has attained more wealth than ever."

I push back: "There's more to life than wealth! And lot of this money went to the top 1%. Ordinary people think they're doing worse."

"If you look at specifics like global poverty, child mortality, chronic undernourishment and illiteracy," Norberg replies, "they all declined faster than ever."

"Literacy might be the most important skill," says Norberg. "It's the skill that makes it possible to acquire other skills. We've never seen literacy at these high levels ever before. (Even) in the most problematic countries around the world, it's better than it was in the richest countries 50, 60 years ago. That's most important for those who have the least."

Of course, there were bad trends in 2020. Murder rose in the United States. Social media algorithms divided us further. "Suicide is up," I tell Norberg.

"I can definitely see the problems," he replies, "but once upon a time, if you ended up in the wrong school or neighborhood, you had nowhere to go -- no other community available to you. Now there is, and that opens up a world of opportunity. Some awful things as well, but some beautiful things."

That meant that even during this pandemic, people found new ways to help others.

Volunteers used the internet to find better ways to donate their time. Young people brought food to the elderly.

Zoom and Slack taught us that not being in the office sometimes works as well, or better.

Businesses had new tools with which to adapt.

Restaurants moved to takeout and delivery, aided by apps like UberEats and Grubhub.

Many worry loudly about climate change. Some claim the environment keeps getting worse. A dismayed CBS correspondent mourned, "Biodiversity is reportedly declining faster than any time!"

Even if that were true, says Norberg, "We have never made this much progress against pollution. The six leading pollutants, the ones that used to pollute our lungs and forests and rivers, they've declined by some 70%!"

In January of this year, when President Trump announced the assassination of Iranian Maj. Gen. Qasem Soleimani, "World War III" trended on Twitter. The Selective Service website crashed for fear there would be a draft.

"But we've forgotten the wars that we had in the past! When I grew up in the 1980s, there were more wars, and battle death rates were four times higher."

Less war is one reason people keep living longer. After COVID-19, that trend will continue.

"We have this tendency, for good reasons, to focus on problems, because that's our way of solving problems," says Norberg. "But then there's the risk that we'll just despair and think it's hopeless and we give up. That's not the solution to our problems.

He answers, "Be a little bit grateful for what we have."