John Stossel
|
Posted: Dec 04, 2019 12:01 AM
Share   Tweet
The opinions expressed by columnists are their own and do not necessarily represent the views of Townhall.com. 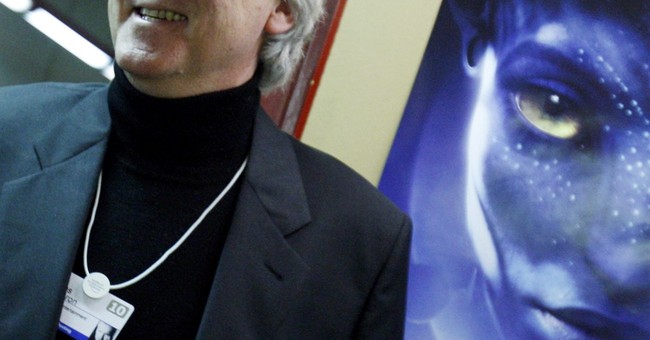 Hollywood is now obsessing about increasing ethnic and gender diversity. Good. There's been nasty racial and gender discrimination in the movie business.

Unfortunately, Hollywood has no interest in one type of diversity: diversity of thought.

In most every movie, capitalism is evil.

One reviewer calls a scene in the recent "Star Wars" movie "a beautiful critique of unregulated capitalism."

"Unregulated capitalism" is such a stupid cliche. Markets are regulated by customers, who have choices; we routinely abandon suppliers who don't serve us well.

In the movie "In Time," rich people live forever by buying more time, which they hoard while arranging for higher prices so poor people die.

I guess rich movie people feel guilty about being rich.

In the new Amazon series "Jack Ryan," the hero asks a good question about Venezuela: "Why is this country in the midst of one of the greatest humanitarian crises in history?"

Because socialism ruined the country's economy! But no, that's not the answer Jack Ryan gives.

"Nationalist pride," not socialism, is named as the culprit -- and the politician who will fix things is an activist running "on a social justice platform."

The producers reversed reality, portraying leftists as Venezuela's saviors rather than as the people who destroyed it.

Hollywood reserves praise for people who share their politics. A documentary about Supreme Court Justice Ruth Bader Ginsburg is full of people gushing praise, calling her things like "the closest thing to a superhero."

"RBG" is a good documentary and Ginsburg is impressive. But so is Justice Clarence Thomas. Hollywood would never praise him like that.

Recently, my former bosses at ABC surprised me by interviewing Thomas. Promotion for the video suggests that they actually let Thomas speak, without sneering at him. Good. But I'm sure no one on the show will be allowed to call Thomas "a superhero."

Hollywood's love for the left frustrates actors who lean right. Most fear saying anything because they fear they'd lose work.

Actor Kevin Sorbo spoke out about his conservative views.

Then, recounts Sorbo in my video this week, "all of a sudden, less and less calls. My agent said we'd better part ways. And I made a lot of money for these guys!"

Sorbo says in Hollywood, being a conservative Christian is "like being a double leper."

He was even banned from a comic book convention.

"They're the ones who say, 'We need to be tolerant; we need to have love,'" observes Sorbo. But "they're the most anti-tolerant people... Every movie, every TV show ... there's always some point, someplace, where they'll pretty much degrade anybody who's conservative or Republican."

When a Republican is shown -- someone like President George W. Bush in 2018's "Vice" -- Sorbo says, "They make him as dumb and as hick-y as possible."

Sorbo's also annoyed that movies like the latest "Ghostbusters" film shove women into what had been male parts. In the most recent "X-Men" movie, an actress says: "Women are always saving the men around here. You might want to think about changing the name to X-Women!"

"What's wrong with that?" I pushed back. I like watching female superheroes.

Sorbo replied, "It was created as 'X-Men.' We're in this business now of rewriting everything. ... It's not even politically correct; it's politically insane."

Hollywood's recent movie about man's first trip to the moon chose to leave out the American flag. When asked about that, the film's star, Ryan Gosling, said, "This was widely regarded in the end as a human achievement."

Sorbo's response to Hollywood's rejection was to make his own movies. He says his Christian drama "God's Not Dead" cost $2 million to make but earned $140 million.

Other conservative and Christian movies have done well. Mel Gibson's "The Passion of the Christ" is America's highest-grossing R-rated film ever.

Those aren't my kind of movies, but I'm sure glad Hollywood doesn't have monopoly power.

Share this on Facebook
Tweet
Trump Responds to Reports Claiming That He Has Conflict with DeSantis
Madeline Leesman
Could We See a Replay of the Afghanistan Evacuation Fiasco in Ukraine Now?
Matt Vespa
Did You Catch What's Bizarre About Fauci's Home Office?
Matt Vespa
CDC Director 'Pivots the Language' on What It Means to be Fully Vaccinated
Katie Pavlich
NPR: We're Standing By Our SCOTUS COVID Story Even Though Everyone Said It Was False
Matt Vespa
SCOTUS Declines to Intervene in Challenge Over Texas Abortion Law
Madeline Leesman