Shut Up, They Explain

John Stossel
|
Posted: Oct 17, 2018 12:01 AM
Share   Tweet
The opinions expressed by columnists are their own and do not necessarily represent the views of Townhall.com. 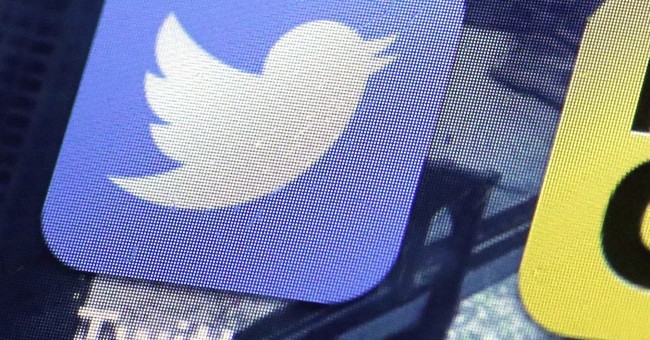 Gloria Alvarez, the young woman from Guatemala I wrote about last week, just got blocked by Facebook. Why? Because she criticizes socialism.

After Alvarez joined me in my American studio to make a video we titled "Socialism Fails Every Time," she flew to Mexico City to make a speech.

A few days later she wrote me that "some leftist 'students' posted on a fanpage called 'Marxist and Leninist Memes': 'BOYCOTT Gloria Alvarez in our University! We won't let her in!'"

So Alvarez posted (in Spanish) on her own Facebook page: "My dear Mexican socialists intolerants: Thank you! for trying to boycott my event... showing that panic that you have for the debate of ideas. Given yours are so bad, that only with bullets they can be obeyed just like in Venezuela and Nicaragua. You demonstrate once again that you are the intolerant ones against freedom."

She ended her riff with a wise defense of free speech: "Where words are exchanged, bullets are no longer exchanged."

What violated Facebook policies? Was it calling the people who demanded that she not be allowed to speak "socialists intolerants" whose ideas "are so bad that only with bullets they can be obeyed"?

When social media companies block you, the reason is often mysterious.

Alvarez suspects she was blocked because her opponents, boycott advocates, complained about her. Leftists are good at launching campaigns to shut people up.

Fortunately, Alvarez has connections. A few days later she wrote, "a friend of mine that has a cousin working on Facebook Latin America (helped) me to unblock my page this morning."

Except, most of us don't have a friend whose cousin works for Facebook.

I shouldn't use the word "censor." When a private company blocks someone, it's called editing. Companies edit to increase civil communication, improve the quality of discussion, delete threats and lies, etc. Editing helps make their sites more pleasant places to visit.

Censorship and the First Amendment apply to governments. America's Founders feared government censorship because government can use force, and we have just one government.

That's why conservative sites like PragerU have been limited by YouTube. Restricting Prager University's videos is absurd. The site has millions of followers. It offers dignified lectures on conservative philosophy. They explain things my Princeton professors never taught me.

The lectures violate neither YouTube's standards nor Facebook's standards. But recently, PragerU discovered that some of its Facebook videos were watched by no one. Zero people.

But I haven't seen enough data to convince me that the sites actively limit conservative speech alone. Facebook just deleted 800 political pages, including some that criticize police brutality.

Leftist Glenn Greenwald tweeted after that purge, "Those who demanded Facebook & other Silicon Valley giants censor political content ... are finding that content that they themselves support & like end up being repressed. That's what has happened to every censorship advocate in history."

The best answer to speech we don't like is: more speech.

I like being able to hear numerous opinions -- even if I disagree with them.