John Stossel
|
Posted: Mar 02, 2016 12:01 AM
Share   Tweet
The opinions expressed by columnists are their own and do not necessarily represent the views of Townhall.com. 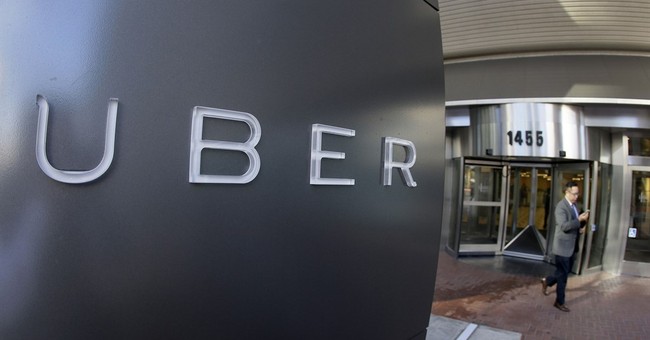 Trending
Government pretends it's the cause of progress. Then it strangles innovation.

We know government understands that new technologies are important. The military invests in robots and traffic cops use radar guns. But when the rest of us use robots or fly drones, government gets eager to put rules in place before things get "out of control."

When it's hard to innovate in the U.S., innovation happens elsewhere. The Japanese already offer largely automated hotels. At the Henn-na (or "Weird") Hotel, the front desk clerk is a robot dinosaur -- popular with the kids. Another robot stores your luggage, and another takes you to your room.

This may sound like an expensive stunt, but the robot hotel is cheaper than others nearby -- partly because it employs fewer people.

That alarms politicians who fear change. Whenever there's been innovation, experts predict massive unemployment. They react to what they see. Fewer receptionists work at that Japanese hotel. Military robots will replace soldiers, and self-driving cars will take away delivery people's jobs. Often politicians pass rules to stop this "job destruction."

But the more efficiently we can do things, the more human energy is free to be turned toward the unseen, tasks we haven't even thought of yet but which may be more pleasant to do, and these jobs will create new opportunities.

If we crushed every machine that did things humans used to do, we'd still be living in caves and hunting tigers with spears. Every time there's a new invention, some people lose jobs, and there's a period of adjustment.

But we come out ahead.

You don't believe employment recovers? Remember that 200 years ago, 90 percent of Americans worked on farms. Now fewer than 2 percent do. But that doesn't mean that 90 percent of the population has been left unemployed.

"We saw the car displacing horses, buggies and buggy whips, but we don't lament that passage, do we?" says Max Borders, author of "Superwealth."

"The blacksmiths of old had to figure out something else to do," observes Borders. "They all found jobs. The economy evolves. It's an evolving ecosystem."

Some don't want it to evolve. Cab drivers and their unions demand that government protect their jobs from competition by ride-hailing services such as Uber.

But if government stepped in to protect jobs, we'd be stuck with the jobs and industries of the past, millions of buggy-whip makers and all those extra farmers.

I think we're better off celebrating new ways of doing things -- and the inventors and entrepreneurs who keep thinking them up. That gives us choices that are "better, faster, cheaper and cooler," says Borders.

But today, with America's ever-increasing regulation, it's often tougher to create new things. Uber offers obviously better and safer service, but to succeed it has to overcome protests and break government rules.

"It was legally questionable," says Borders, "but people did it anyway." Uber thrived only because it grew popular and rich before the politicians and regulators noticed. By then, Uber had millions of customers and billions of dollars, so they could bully politicians back.

In New York City, Uber defeated my anti-progress mayor by telling its customers: Waiting too long for a car? Blame the politicians.

We are better off because Uber won, but the battles continue. Some airports, to protect their taxi monopolies, recently banned Uber.

Uber is fortunate that its most important innovation is just an app on phones. It didn't need to first get government permission to create that.

More traditional innovators, however, ones who want to build big, visible things like a better nuclear plant or chemical plant or invent a lifesaving new drug, are often crushed by today's byzantine rules -- crushed before they can make our lives better.

When that happens, we may never know what good things we miss. "The future is going to be full of surprises, full of awesome things that almost fall from the sky," says Borders. "We can't even imagine it today."

It's easier to imagine if government stays out of the way.