What We Know That Isn't So 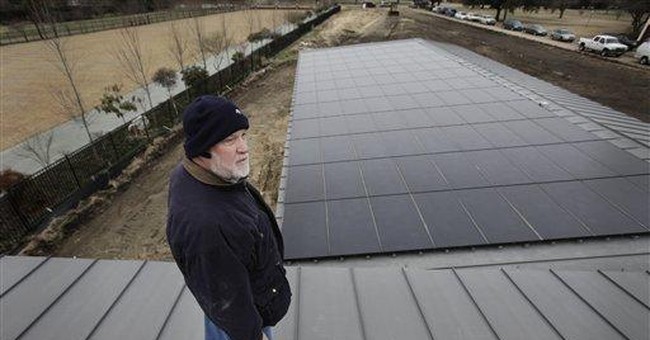 Much government interference with our peaceful pursuits is based on junk science and junk economics. Politicians know a lot of stuff that isn't so. So do reporters.

Let me count some of the ways. (I'll elaborate on tomorrow's Fox Business Network show.)

I smiled when I heard. Finally, even Democrats woke up to the benefits of nuclear power. But Cato Institute energy analyst Jerry Taylor set me straight:

"If nuclear power made economic sense, we wouldn't need to subsidize it."

All these "alternative" fuels are economically impractical. Natural gas is practical. And plentiful.

I thought the only reason that nuclear didn't pay for itself is the burden of excessive regulations and objections from silly environmentalists. Apply for permission to build a plant, and their cumbersome lawsuits impose ruinously expensive delays.

Again, Taylor set me straight. He says the nuclear industry itself is comfortable with today's level of regulation. The big problem today is not environmental rules, but simply the huge cost. The same high costs, he says, are found in countries that have long been friendly to nuclear power.

He also notes that when the Department of Energy proposed offering to guarantee 80 percent of the cost of new nuclear plants, the big investment banks told the department that even 80 percent loan guarantees wouldn't be enough. They needed 100 percent guarantees, or they wouldn't make the loans.

"To me that's a market verdict that you're supposed to respect. ... We need to leave these (matters) to markets. And in the marketplace, investors will not spend a single red dime on nuclear power because it's too expensive. ... It's not Jane Fonda or Greenpeace that killed nuclear power. It's Wall Street investment banks who've looked at the bottom line."

He's convinced me. Then he moved on to more Republican candy: the claim that drilling for oil in the Gulf of Mexico and Arctic National Wildlife Refuge (ANWR) in Alaska would dramatically lower oil prices and move us toward energy "independence."

Of course, subsidizing wind and solar makes even less sense. Taylor calls them 12th-century technologies. They require lots of land to produce forms of energy that are hard to store and hard to move, and are too variable throughout the year. Even if we covered most of America with wind farms, there's no guarantee that they'd produce energy when we need it.

Banning incandescent bulbs, as Congress has done starting in 2012, is also pointless. The ban will have only the tiniest effect on America's energy use. In addition, fluorescent bulbs often use as much power as incandescent bulbs because people leave them on longer.

People are ignorant enough about science that it's easy for politicians to scare them into supporting absurd regulations. For my show, I went to Times Square and asked if people would sign a petition demanding a ban on "dihydrogen monoxide," a colorless, odorless chemical that kills thousands. Most everyone signed.

They were embarrassed when they realized that dihydrogen monoxide is ... H2O. They eagerly endorsed a ban on water.