Whose Body Is It? 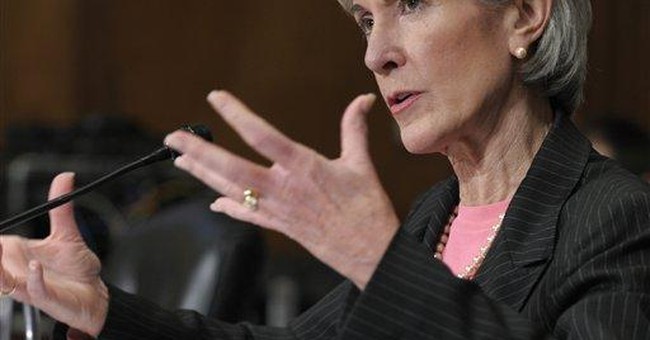 People suffer and die because the government "protects" us. It should protect us less and respect our liberty more.

The most basic questions are: Who owns you, and who should control what you put into your body? In what sense are you free if you can't decide what medicines you will take?

This will be the subject of my Fox Business program tomorrow night.

We'll hear from people like Bruce Tower. Tower has prostate cancer. He wanted to take a drug that showed promise against his cancer, but the Food and Drug Administration would not allow it. One bureaucrat told him the government was protecting him from dangerous side effects. Tower's outraged response was: "Side effects -- who cares? Every treatment I've had I've suffered from side effects. If I'm terminal, it should be my option to endure any side effects."

Of course it should be his option. Why, in our "free" country, do Americans meekly stand aside and let the state limit our choices, even when we are dying?

Dr. Alan Chow invented a retinal implant that helps some blind people see (optobionics.com). Demonstrating that took seven years and cost $50 million dollars of FDA-approved tests. But now the FDA wants still more tests. That third stage will take another three years and cost $100 million. But Chow doesn't have $100 million. He can't raise the money from investors because the implant only helps some blind people. Potential investors fear there are too few customers to justify their $100 million risk.

So Stephen Lonegan, who has a degenerative eye disease that might be helped by the implant, can't have it. Instead, he will go blind. The bureaucrats say their restrictions are for his own safety. "There's nothing safe about going blind," he says. "I don't want to be made safe by the FDA. I want it to be up to me to go to Dr. Chow to make the decision myself."

But it's not up to Lonegan and his doctor. It's up to the autocrats of the Nanny State. Tomorrow, I will show my confrontation with Terry Toigo of the FDA about that. She calmly and quietly explained that such restrictions are necessary to protect the integrity of the government's safety review process until I shouted: "Why are you even involved? Let people try things!"

She replied, "We don't think that's the best system for patients, to enable people to just take whatever they want with little information available about a drug."

So people suffer and die when they might have lived longer, more comfortable lives.

The FDA's intrusion on our freedom is supplemented by another agent of the Nanny State. The Drug Enforcement Agency's war on drug dealers has led them to watch pain-management doctors like hawks. Drugs like Vicodin and OxyContin provide wonderful pain relief. But because they are also taken by "recreational" drug users, doctors go to jail for prescribing quantities that the DEA considers "inappropriate." As a result, pain specialists are scared into underprescribing painkillers. Sick people suffer horrible pain needlessly.

Think I exaggerate? Check out the website of the American Association of Physicians and Surgeons (AAPS) (aapsonline.org). It warns doctors not to go into pain management. "Drug agents now set medical standards. ... There could be years of harassment and legal fees," says the AAPS. Today, even nursing-home patients, hardly candidates for drug gangs, don't get pain relief they need.

The DEA told us that good doctors have nothing to worry about. But Siobhan Reynolds, who started the Pain Relief Network after her late husband was unable to get sufficient pain medicine, says the DEA's cherry-picked medical experts persuade juries that they should jail any doctor who administers higher doses of pain relief than the DEA's zealots think appropriate. News of those jail terms spreads. Doctors learn to be stingy with pain meds.

All drugs involve risk. In a free country, it should be up to individuals, once we're adults, to make our own choices about those risks. Patrick Henry didn't say, "Give me absolute safety, or give me death." He said "liberty." That is what America is supposed to be about.