A Nobel Prize for Showing That Freedom Works 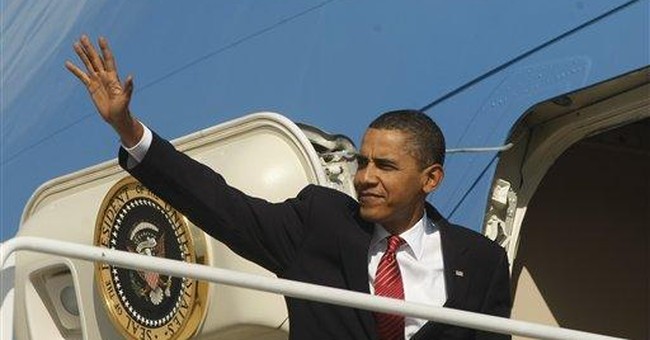 Pundits and politicians act as if government can solve almost any problem. At the slightest hint of trouble, the ruling class reflexively assumes that knowledgeable, wise and public-spirited government regulators are capable of riding to the rescue. This certainly is the guiding philosophy of the Obama administration.

So how remarkable it is that this year's Nobel Memorial Prize in economics was shared by Elinor Ostrom, whose life's work demonstrates that politicians and bureaucrats are not nearly as good at solving problems as regular people. Ostrom, the first woman to win the prize (which she shared with Oliver Williamson of UC-Berkeley), is a political scientist at Indiana University. The selection committee said that she has "challenged the conventional wisdom that common property is poorly managed and should be either regulated by central authorities or privatized. Based on numerous studies of user-managed fish stocks, pastures, woods, lakes and groundwater basins, Ostrom concludes that the outcomes are, more often than not, better than predicted by standard theories. She observes that resource-users frequently develop sophisticated mechanisms for decision-making and rule enforcement to handle conflicts" (emphasis added.

Ostrom's work concentrates on common-pool resources (CPR) like pastures and fisheries. Policymakers assume that such situations are plagued by free-rider problems, where all individuals have a strong incentive to use the resource to the fullest and no incentive to invest in order to enhance it. Analysts across the political spectrum theorize that only bureaucrats or owners of privatized units can efficiently manage such resources.

Few scholars actually venture into the field to see what people actually do when faced with free-rider problems. Ostrom did. It turns out that free people are not as helpless as the theorists believed.

She writes in her 1990 book, "Governing the Commons: The Evolution of Institutions for Collective Action," that there is no shortage of real-world examples of "a self-governed common-property arrangement in which the rules have been devised and modified by the participants themselves and also are monitored and enforced by them."

In other words, free people work things out on their own.

Not only is government help often not needed, Ostrom says it usually screws things up because bureaucrats operate in an ivory tower ignorant of the local customs and the specific resource.

Political theorists assume away the problems of political control, but the problems are real. There is no reason to believe that bureaucrats and politicians, no matter how well meaning, are better at solving problems than the people on the spot, who have the strongest incentive to get the solution right. Unlike bureaucrats, they bear the costs of their mistakes. Moreover, as the prize committee pointed out, "Rules that are imposed from the outside or unilaterally dictated by powerful insiders have less legitimacy and are more likely to be violated."

Some of Ostrom's readers think that she is as critical of the free market as she is of government management. She writes, "(N)either the state nor the market is uniformly successful in enabling individuals to sustain long-term, productive use of natural resource systems." But what those readers miss is that the resource-management arrangements Ostrom documents are voluntary agreements that people themselves devise, monitor and enforce. These agreements are part of the free market, even if the resource is not formally divided into privately owned units. Fundamental for advocates of freedom is not "the market" narrowly conceived, but the broader realm of consent and contract.

I was amused to see the lengths to which The New York Times went to spin Ostrom's (and Williamson's) selection in an anti-free-market direction. Reporter Louis Uchitelle wrote, "Neither Ms. Ostrom nor Mr. Williamson has argued against regulation. Quite the contrary, their work found that people in business adopt for themselves numerous forms of regulation and rules of behavior -- called 'governance' in economic jargon -- doing so independently of government. ..."

Please. Rules of behavior that are independent of government are not what anybody means by "regulation." Advocates of regulation say people can't devise methods of "governance" that leave politicians out of the picture, but Ostrom shows they are wrong.

We libertarians aren't against rules -- we are against top-down rules imposed by out-of-touch bureaucrats. People generate better rules when the state leaves us alone.