Competition Would Save Medicine, Too 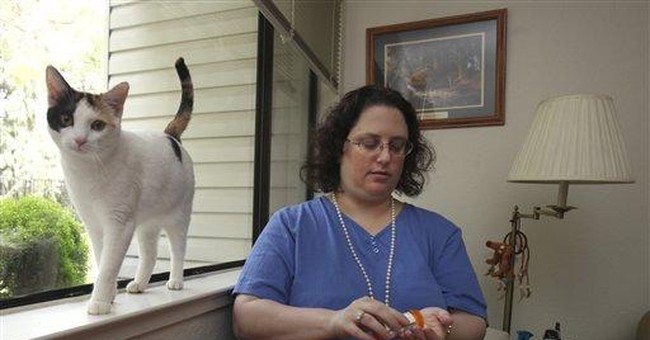 Competition so regularly brings us better stuff -- cars, phones, shoes, medicine -- that we've come to expect it. We complain on the rare occasion the supermarket doesn't carry a particular ice-cream flavor. We just assume the store will have 30,000 items, that it will be open 24/7, and that the food will be fresh and cheap.

I take it for granted that I can go to a foreign country, hand a piece of plastic to a total stranger who doesn't speak English ... and he'll rent me a car for a week. Later, Visa or MasterCard will have the accounting correct to the penny.

Yet now, somehow, government will run auto companies and guarantee us health care better than private firms? And the public seems eager for that!

If you think it's mainly the political class and mainstream media that are clueless, listen to the doctors. Dr. Atul Gawande, in an otherwise interesting New Yorker article on health-care costs, disparages medical savings accounts and high-deductible insurance. First, he explains the theory behind this proposal to cardiologist Lester Dyke:

"[People would] have more of their own money on the line, and that'd drive them to bargain with you and other surgeons, right?"

Gawande comments, "He gave me a quizzical look."

The doctors then dismiss the idea with a sneer.

"We tried to imagine the scenario. A cardiologist tells an elderly woman that she needs bypass surgery and has Dr. Dyke see her. They discuss the blockages in her heart, the operation, the risks. And now they're supposed to haggle over the price as if he were selling a rug in a souk? 'I'll do three vessels for $30,000, but if you take four, I'll throw in an extra night in the ICU' -- that sort of thing? Dyke shook his head. 'Who comes up with this stuff?' he asked."

I do. Adam Smith did. Market competition is what's brought us most of what's made life better and longer.

But the doctors have mastered the anti-free-market sneer: Markets are good for crass consumer goods like washing machines and computers, but health care is too complicated for people to understand.

But that's nonsense. When you buy a car, must you be an expert on automotive engineering? No. And yet the worst you can buy in America is much better than the best that the Soviet bloc's central planners could produce. Remember the Trabant? The Yugo? They disappeared along with the Berlin Wall because governments never serve consumers as well as market competitors do.

Maybe 2 percent of customers understand complex products like cars, but they guide the market -- and the rest of us free-ride on their effort. When government stays out, good companies grow. Bad ones atrophy. Competition and cost-conscious buyers who spend their own money assure that all the popular cars, computers, etc. are pretty good.

The same would go for medicine -- if only more of us were spending our own money for health care. We see quality rise and prices fall in the few areas where consumers are in control, like cosmetic and Lasik eye surgery. Doctors constantly make improvements because they must please their customers. They even give out their cell numbers.

Drs. Dyer and Gawande don't understand markets. Dyer's elderly woman wouldn't have to haggle over price before surgery. The decisions would be made by thousands of 60-, 40-, and 20-year-olds, the minority who pay closest attention.

Word about where the best values were would quickly get around. Even in nursing homes, it would soon be common knowledge that hospital X is a ripoff and that Y and Z give better treatment for less.

People assume someone needs to be "in charge" for a medical-care market to work. But no one needs to be in charge. What philosopher F.A. Hayek called "spontaneous order" and Adam Smith called "the invisible hand" would make it happen, just as they make it happen with food and clothing ... if only we got over the foolish belief that health care is something that must be paid for by someone else.