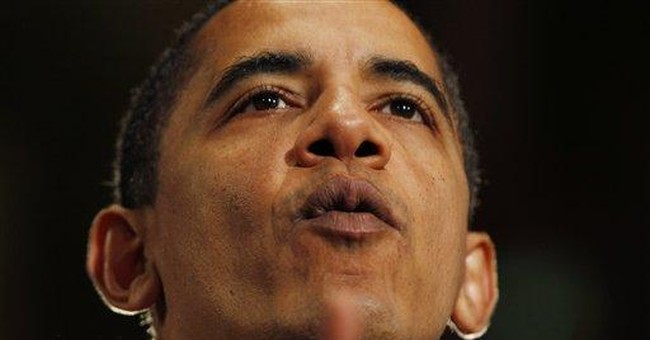 The Obama administration says it will propose immigration reform next month.

I wonder what they'll do.

"These borders have to be secured. We're at war," he told me on my ABC special "Bailouts and Bull.

Congress decided that the best way to protect America is to build an expensive fence. When complete later this year, it will extend 670 miles along the Mexican border. But the fence won't stop the illegals. After all, the border is thousands of miles long.

"The smart smuggler's ain't gonna go to where the high security's at," Crooks points out.

We watched as he walked through an unguarded tunnel into Mexico and back.

"Where's the Department of Homeland Security? Hello! Anybody here?"

The fence does make it a little harder for some illegals to cross, but San Diego Border Patrol Chief Michael Fisher acknowledges that they still get past the fence. Some climb over the fence. We found dozens of abandoned ladders near the fence. One group of illegals even built a ramp to bring a truck across.

They also cut holes in the fences. It doesn't matter how high a fence is if you can cut right through it. The place I visited had holes every few feet.

So despite all your tax dollars spent, there's no evidence the fence has reduced the number of illegals who cross. A survey of thousands who came to the U.S.-Mexico border to sneak into America found that nine out of 10 did enter eventually.

Even if we built an impenetrable fence, it would only solve part of the problem. Half of America's undocumented migrants didn't sneak in. They came here legally and overstayed a tourist or student visa. The 9/11 terrorists did that. A fence wouldn't have had any effect on them.

"I don't know how anybody can't see that this stupid fence is a waste of money," says Drew Carey, the comedian and television host who recently woke up to the benefits of liberty and volunteered to host segments of Reason TV on the Web. He has a theory for why America has built a wall.

"Contractors get money from the politicians that they've donated to, and politicians get to say, 'I'm getting tough.'"

Politicians do like acting tough. U.S. Rep. Steve King, R-Iowa, wants the fence electrified. "We do that with livestock all the time," King says.

Need I point out that Mexicans are not livestock?

Which brings me to ask: If it's good to wall off America, why just one-third of the Mexican border? What about our northern border? Last year, more Middle Eastern nationals were caught crossing illegally from Canada than from Mexico. And if we were to wall off Canada, we'd still have miles of East- and West Coast beaches. Should we put machine guns there?

"Don't be silly. Nobody's ever suggested doing anything mean," former presidential candidate and congressman Duncan Hunter told me. He brags that he "built" the fence in San Diego. "I think the message is this, John, if you want to come into the United States, which has the biggest front door in the world, you gotta knock on the front door."

"It's so hard to get a guest-worker permit. There's so many red-tape hoops you have to jump through. It's easier to sneak across the border. ... It should be: If you want a job, you can come here and work."

I agree. Most migrants do want to come here to work. They take jobs few Americans want to do. They pay taxes. Many become good citizens. We should make it easier for them to do that, legally.