Will the Coronavirus Recede as the Spring Arrives?

John R. Lott, Jr.
|
Posted: Mar 20, 2020 12:01 AM
Share   Tweet
The opinions expressed by columnists are their own and do not necessarily represent the views of Townhall.com. 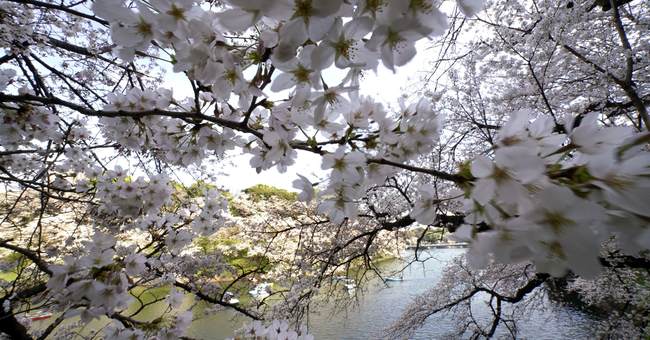 Everyone desperately hopes that the coronavirus will recede as spring arrives. Of the seven pre-existing coronaviruses that afflict humans, at least four are seasonal. This is also true of most strands of the common flu, as the low humidity in the winter helps viruses to thrive.

How COVID-19 will respond isn’t known yet. It was only discovered in late December, but there is already some statistical evidence indicating that warm weather will inhibit its spread. There is also evidence that countries with travel restrictions have experienced lower death rates.

Usually, the weather starts putting the brakes on seasonal viruses in March or April, although activity can last as late as May. If the virus is seasonal, the warmer months will provide us with valuable time to develop a vaccine. Hopefully, this will become available to older and more vulnerable citizens by the time that temperatures drop again.

Scientists are also working hard on treatments that may reduce fatality rates among those who do contract the disease.

But we don’t need to wait for evidence. The southern hemisphere has been in the midst of summer during this outbreak, so we can already make valuable comparisons.

International comparisons are difficult because some nations have better data than others. Not every country is thoroughly testing its citizens for the disease. A better measure of the true level of infection might be reported death rates because of the possibility of post-mortem identification of the disease.

By last Friday afternoon, there were 135,232 confirmed COVID-19 cases and almost 5,000 deaths worldwide. Looking at data for 123 countries, we crunched the numbers using regression analysis and found that countries in the northern hemisphere suffered higher death rates. The per capita rate of deaths increases until you get above southern European countries such as Italy and Spain. Around the 45 degrees latitude line, the death rate begins to go back down.

So, we can’t say that there will always be fewer deaths in warmer climates. Perhaps people in the very coldest climates transmit the disease less because they are just more standoffish, interacting less with others during the winter.

We will get a clearer picture as we obtain data over a longer period of time. That way, we can see what happens in individual countries as their weather gets either colder or warmer. We won’t have to deal with the messiness of international comparisons.

Travel restrictions from countries with high rates of infection helped to lower death rates by about 28 percent. President Trump’s decision in late January to restrict international travel saved lives. His decision to buck the admonitions of the World Health Organization not to do that was derided by many and labeled as racist. Only Israel and Australia imposed travel moratoriums as soon as the U.S. did. No European countries acted as quickly to suspend travel, and Canada still doesn’t have a travel ban in place.

As of Tuesday morning, that would have amounted to saving about 34 lives in the United States.

The relationship between country wealth and death rates is far more complicated. Higher income countries have better health care and that reduces the mortality rate, though they may be able to more accurately identify the cause of death so that will raise the number of people they count as having the disease. In addition, higher income countries may also have more mobility and that may increase the spread of the disease. It is only in the very wealthiest countries does the benefit from higher quality health care dominate these effects and lower the death rate.

The evidence is preliminary, but it still provides a ray of hope that warmer temperatures will mean fewer deaths for most of the planet.

Professor Allen is Chair of the Department of Pathology at the University of Mississippi Medical Center and Director of the Center for Pulmonary Pathology. He serves on the Board of Governors of the College of American Pathologists. Lott is the president of the Crime Prevention Research Center.

John Lott is the president of the Crime Prevention Research Center and the author most recently of “The War on Guns.”