While Democrats Think This Bill Will Increase Illegal Immigration, The Opposite Will Happen

John R. Lott, Jr.
|
Posted: Feb 11, 2020 10:20 AM
Share   Tweet
The opinions expressed by columnists are their own and do not necessarily represent the views of Townhall.com. 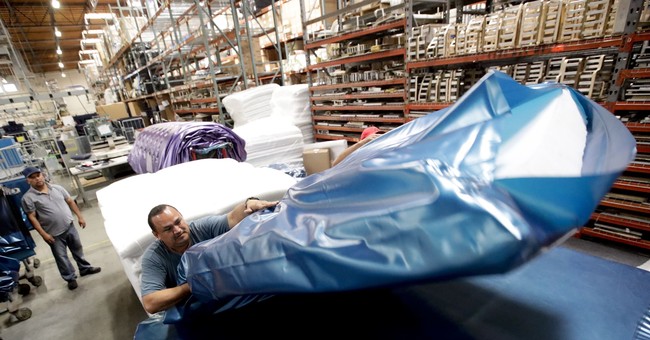 The bill passed almost exactly on party lines, with Democrats supporting it and Republicans opposing it. It also has strong support among Democrats in the Senate, with forty Democrats signing on as co-sponsors.

Higher minimum wage increase unemployment among American citizens, since law-abiding firms will hire fewer workers if they have to pay more for them. Just like individuals, businesses are forced to cut back on things that become more expensive. What makes this successful enforcement all the more remarkable is that since some unemployed workers are willing to work for less than the minimum wage, and non-law-abiding firms want to hire them, it would seem that relying on workers themselves to enforce minimum wage laws would be doomed to failure.

What can you do when both sides want to break the law? The government makes it so that the employers can’t trust the workers not to later sue them.

American workers can’t credibly promise not to sue. Employers can’t legally make them sign a contract promising not to sue.

Normally, the minimum wage law is enforced with very little effort by the federal government. Only a fraction of 1 percent of U.S. citizens are paid less than the minimum wage, and these rare violations primarily involve innocent mistakes by employers rather than outright lawbreaking.

This result reflects the incentive that workers have to report the violations themselves.  The longer that they work, the greater their incentive to sue their employers.

But this self-enforcement mechanism breaks down when it comes to illegal aliens. After all, firms can count on illegals not to sue them at a later date for underpayment. Unlike U.S. citizens and legal residents, illegals risk being deported if they draw attention to themselves by filing lawsuits. It’s little wonder that illegals constitute the overwhelming majority of workers that are paid less than the minimum wage.

We see a similar phenomenon in street gangs that require someone to commit a violent crime before he can be accepted as a full member. Like companies who hire illegals, the gang knows that it’s safer to associate with others who would have something to lose by snitching to the police.

If the bill passes, illegals will lose their competitive advantage in the job market — namely, their ability to work for less than the minimum wage. Employers would no longer be able to trust illegals not to sue them.

Higher minimum wages in the past have previously made hiring illegal aliens more attractive. Democrats may have accidentally hit on an idea to prevent that from happening.

If Republicans want to discourage illegal immigration, they might be smart to call the Democrats’ bluff and pass the “Protecting the Right to Organize” bill. Unfortunately, the legislation is filled with other gifts to labor unions, such as abolishing right-to-work laws, which have limited the power of unions to force people to join them.

Perhaps Republicans should try on a future occasion to extend federal labor protections to illegals, something that sure sounds good to a lot of Democrats.

* Lott is the president of the Crime Prevention Research Center and the author of “The War on Guns.”