Arkansas State Senator Is Wrong About Stand Your Ground Legislation. Here's Why.

John R. Lott, Jr.
|
Posted: Mar 12, 2019 3:10 PM
Share   Tweet
The opinions expressed by columnists are their own and do not necessarily represent the views of Townhall.com. 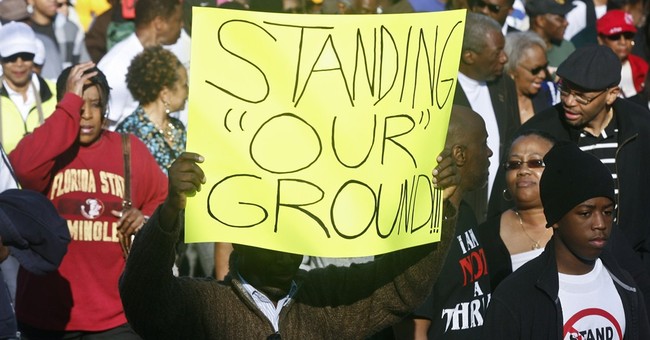 Arkansas state Senator Stephanie Flowers captivated the international news media with her fiery attack on “Stand Your Ground” legislation, which guarantees the right to defend oneself without retreating as far as possible. Author Joyce Carol Oates took inspiration from Flowers’ comments, lauding her as “astonishing/courageous.” Actress Sarah Silverman hailed her as a “hero,” saying that her “face should be on money.” Other women took inspiration from her refusal “to be silenced, intimidated, or victimized by the systems that govern our societies. Especially to women who come from historically traumatized, disenfranchised, & dehumanized communities.”

Flowers was very upset by “how many black kids, black boys, black men are being killed with these Stand Your Ground defenses that these people raise, and they get off.”

Flowers is right to be concerned about the high homicide rates in her neighborhood.

But she misses the fact that innocent black victims use Stand Your Ground laws in their defense. After all, poor blacks who live in high-crime urban areas are the most likely victims of crime.  Unless police happen to be around, they have to try to protect themselves. Having to retreat as far as possible can make this more difficult, and such a requirement disproportionately impacts blacks. Most important, letting people defend themselves actually deters murder.

The Tampa Bay Times collected 119 cases, from 2006 to October 2014, in which people charged with murder relied on Florida's Stand Your Ground law. Seventy-six percent of the black defendants had killed other blacks.  Most of the people who were acquitted of murdering a black person were themselves black. About 64% of blacks who raised the Stand Your Ground defense were not convicted, compared to 60% of whites.

Blacks who were killed in these confrontations were 26 percentage points more likely to be armed with a gun than whites who were slain. They were also 25 percentage points more likely to have been committing a crime at the time of the shooting. This suggests that their killers reasonably believed that they had little choice but to kill their attackers.

The Tampa Bay Times collected a lot of other useful information on: who initiated the confrontation and why; if the shooting occurred on the defendant’s property; whether a witness was present; if there was physical evidence; and whether the defendant pursued the victim.

When we account for these other factors, we find that killing a black rather than a white increases the defendant's odds of being convicted. White defendants were also more likely to be convicted than black defendants.

So what about Flowers’ concerns about how Stand Your Ground laws will be applied? She asks, “Do I have a right to stand my ground with some crazy-ass person walking around with a doggone gun? I don’t know what the hell he intends to do. But I know I am scared, I feel threatened.” But according to Stand Your Ground laws, lethal force is only justified if a reasonable person would believe that an attacker intends to inflict serious bodily harm or death. The response has to be proportionate to the threat.

You can’t shoot someone just because they are carrying a gun. They actually have to be threatening someone.

But requiring people to make an "appropriate retreat" can really make things confusing. Overzealous prosecutors sometimes argue that people who defended themselves could have retreated even farther. But it’s very hard for an outside observer to put themselves in the shoes of someone in a life-and-death situation.

Over 30 states have adopted laws that remove the requirement to retreat. Some states have had these laws since their inceptions.  Before the famous 2012 Trayvon Martin case, these laws were overwhelmingly supported across racial lines. The irony is that George Zimmerman never used the Stand Your Ground law in his defense. Zimmerman was on his back and had no option to retreat, so the law was completely irrelevant.

Senator Flowers has it backwards. Not letting blacks use Stand Your Ground laws means that more victims will die and more will go to jail for acting in self-defense. Blacks have a legitimate need to defend themselves more often than any other racial group, and we should let them stand their ground.