How Brazil's New President Will Prove, Yet Again, That Gun Control Is Harmful

John R. Lott, Jr.
|
Posted: Jan 04, 2019 10:10 AM
Share   Tweet
The opinions expressed by columnists are their own and do not necessarily represent the views of Townhall.com. 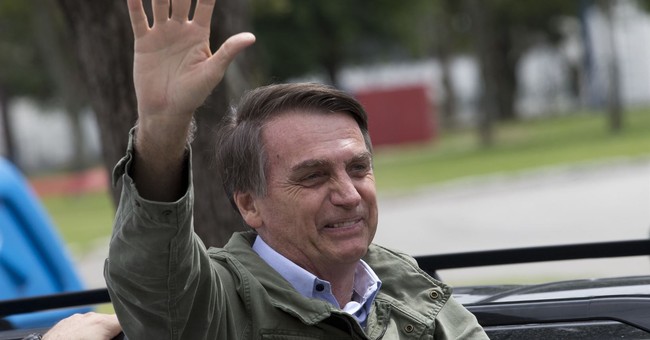 Brazil’s strict gun control laws have failed. The country's annual homicide rate now stands at 31 per 100,000 people—almost six times higher than the US rate. Despite bolstering of law enforcement after Brazil’s disarmament legislation took effect in 2003, the country's homicide rate is higher now than in 2002. The true rate is undoubtedly even worse as government figures have in the past systematically undercounted homicides by about 15 percent and that gap appears to increase over time.

Jair Bolsonaro took office as president on Tuesday after making repeal of Brazil's gun control laws a central platform of his campaign. He promised to let the “good people” of Brazil carry guns in public so that they can have a chance to defend themselves.

Just 1.3 million Brazilians are licensed to legally own guns -- less than one percent of the adult population.

Most Americans don't need licenses to own guns, so counting isn't as easy. But a Wall Street Journal/NBC News survey this past March found that 47 percent of American households owned a gun, with another 3 percent declining to answer. Another survey last year by Monmouth University put household gun ownership at 46 percent, with 7 percent not answering the question. And there is good reason to believe that these surveys underestimate gun ownership.

Brazil has all of the gun control laws that American gun control advocates have ever dreamed about. Gun owners have to be 25 years old and undergo psychological and technical aptitude screenings, as well as show proof of employment and explain their reasons for wanting a gun.

Brazilians must also pay $260 for new gun licenses and another $25 every three years for renewals. With a per capita income a quarter of the US’s, these fees put legal gun ownership out of the reach of the poor, the very people who are most likely to be victims of violent crime.

Whereas over 17.3 million Americans have concealed handgun permits, it is illegal in Brazil for people to carry guns outside of their homes.

In Brazil, owning a gun without a license gets you four years in jail, and yet 70 percent of murders are committed with guns. That's because firearms are widely available to criminals on the black market. “All the hoodlums already have guns, it’s only the good guys who don’t!” said Bolsonaro during the campaign.

Gun control advocates always make the simplistic argument that more guns means more crime. When states passed permitted concealed handgun laws there were always predictions of blood in the streets. Yet, there is a reason that no state has even had a legislative hearing to eliminate a right-to-carry law, let alone pass such legislation.

Two-thirds of published peer-reviewed research on the US shows that violent crime rates decline across the board when Americans are allowed to protect themselves and virtually all the rest claim no impact. None of this research questions how extremely law-abiding concealed handgun permit holders are, with people losing their licenses for any firearms related reason at thousandths or tens of thousandths of 1 percent.

If legal ownership of guns causes crime, why is it that murder rates have risen every single time that handguns or guns generally have been banned? We’ve seen this all over the world, even in island nations such as Ireland, Jamaica, and England. These countries can't blame some neighboring area for their supply of illegal guns—an excuse often made for the failed gun bans in Chicago and Washington, DC. But no matter how you slice it, that explanation still doesn't account for rising murder rates.

The reason is the one that Bolsonaro gave for Brazil. Even if strict gun control laws make it somewhat more difficult for criminals to get guns, they still primarily disarm law-abiding citizens. This makes committing crime easier.

Perhaps gun control advocates are afraid that Bolsonaro will prove yet again that gun control is harmful, particularly for the most vulnerable citizens.

* Lott is the president of the Crime Prevention Research Center and the author of “More Guns, Less Crime” (University of Chicago Press).