John R. Lott, Jr.
|
Posted: Jul 09, 2018 12:01 AM
Share   Tweet
The opinions expressed by columnists are their own and do not necessarily represent the views of Townhall.com. 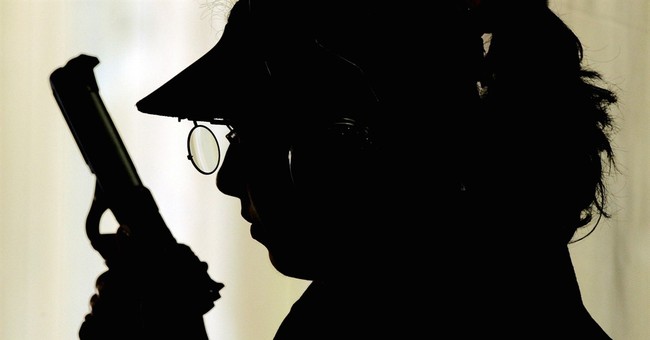 The California Supreme Court just gave people who believe in self-defense a timely reminder of the importance of who replaces Justice Anthony Kennedy. At the end of June, the California court banned the sale of any semi-automatic handgun models made since May 2013.  Since 2013, there are 50 percent fewer handgun models available for sale in California. It is just a matter of time until no more new semi-automatic handguns can be legally sold.

The California court decided that even if a gun control law is “impossible” to obey, that doesn’t invalidate it.  It ignored the state’s Civil Code that declared, “[t]he law never requires impossibilities.” The court raised no concerns about its decision eventually leading to gun bans.

In a closely related case in federal court California argued that “safety” regulations could ban all guns but one handgun and it would still be Constitutional.

A regulation that requires reliable “dual microstamping” is preventing the sale of new handgun models. Microstamping is when a gun’s firing pin imprints on each cartridge a microscopic set of characters that identify the gun’s make, model and serial number.

Older models are still available, but any change in the gun’s design or material, no matter how trivial, can make the gun classified as a new model, thus causing the gun to be banned. As suppliers or manufacturing processes change, it is inevitable that even guns that are essentially the same as the older models will be banned.

Gun control advocates claim that this would solve crimes. When a semi-automatic gun is fired, the bullet’s brass casing is ejected from the gun. If police can collect the casing, they can figure out which gun was used in the crime.

But no one can figure out how to reliably do a microstamp, much less dual microstamps. The markings are often unclear, soot from the gunpowder can make them still more difficult to read, and whatever markings can be read are quickly made unreadable as the stamp is worn down from friction.

Worse, criminals can easily replace the firing pin or file down the stamp without affecting the gun’s ability to fire. The criminal could also just pick up the bullet casings, leaving nothing for police to trace.

During oral arguments before the California Supreme Court, government attorneys conceded that the technology was only “emerging” and not yet available. They argued that the government often forces manufacturers to innovate. The court accepted these arguments in its decision.

Under this decision, California could ban all new semi-automatic handguns in the name of “safety.”  The California court completely ignored Supreme Court decisions – Heller (2008) and MacDonald (2010) -- that prohibited governments from banning an entire category of guns.

The U.S. Supreme Court has refused to hear any other meaningful gun control cases since 2010. That led many to speculate Kennedy was reluctant to hear more on the subject. With the Supreme Court closely-divided, those Justices who believe in self-defense would lose without Kennedy’s vote. Lower court judges, not kept in line by the Supreme Court, have approved virtually any gun control regulations short of a complete ban.

With Justice Kennedy’s replacement, it may be now or never for restraining liberal judges who are supporting measures that amount to gun bans.

California is pushing a useless regulation that won’t accomplish anything. Even if the technological challenges can be overcome, criminals can easily prevent shootings from being traced back to their guns.  The only victims of this regulation are law-abiding citizens trying to buy semi-automatic handguns for self-defense. Justice Kennedy’s replacement will need to be a stalwart defender of the Second Amendment for there to be any chance of stopping states such as California from banning guns.

This and other regulations provide an insight into what gun control advocates’ real goals are. So much for the claim by these activists that they aren’t really interested in banning all handguns.