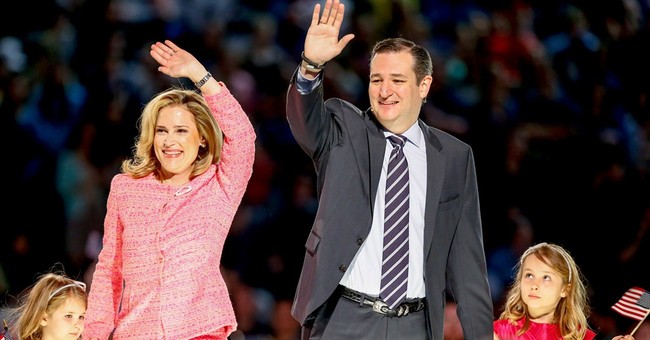 Texas Senator Ted Cruz, the guy who liberals tagged with killing the economy because he helped shutdown the government for a few hours more or less, has decided to run for president. And CNNMoney is sore afraid.

Who knows with liberals?

But no sooner had the echo faded from Cruz’ announcement than CNNMoney issued a “reality check” on Cruz’ nascent campaign’s economic platform.

Most news sites are just happy to “fact check”. But CNNMoney wants to have the ability to decide what’s real or not.

It’s understandable because the magic wand and make-believe are the only tools they can use at this point to defend Obama’s economic performance.

So I will “fact check” the unreality that’s being pushed by CNNMoney regarding Cruz’s common sense economic plan as put out by his announcement.

America just had its best year of job growth since 1999. Hiring so far in 2015 has well exceeded expectations. Economic growth last year hit its highest point since 2010.

While it’s true that finally, belatedly the economy is adding some jobs, part of the reason why it’s hit a high not seen since 1999 is because from 1999 until 2008 – under George W Bush, mostly—the country remained at full employment. It’s hard to create jobs when the country has full employment.

A more fair comparison would be looking at job creation under Reagan.

Obama’s at about 6 million jobs with half that total coming in the last year or so.

Under Reagan the economy created 16 million jobs in two full terms. But as the Wall Street Journal noted the base number is not the best way to measure job creation.  When looking at the percentage of job growth Obama’s 4.3 percent job growth doesn’t come close to Reagan’s 17 percent job growth, Clinton’s 21 percent figure, or Johnson’s 21.3 percent high water mark. He’s closer to Bushes (both of them)-- and Obama benefited from starting at a low water mark in jobs. Let’s see where he ends up. Perhaps the country will slip into recession in the last year of Obama’s administration as it did in both Bush administrations. But either way this isn’t the robust job recovery CNNMoney would have you make-believe.

U.S. unemployment is falling for two major reasons: Baby Boomers are retiring and millions of jobs have been added over the past few years.

Over half the drop outs are under 54, says EPI.

Given the fact that more and more seniors choose to work after retirement, the claim that unemployment is falling because of retirement by Baby Boomers would only be advanced by someone making believe clouds are also made of cotton-candy.

So in other words: A liberal.

The rest of the “reality” checks are similarly silly compendium of spurious sophomore debate coach items like we shouldn’t encourage oil development  “since the world currently has too much oil.”  Wasn’t it just seven years ago that liberals were trying to convince us that the world didn’t have enough oil to meet demand?

And the CNNMoney argument on jobs is of a piece.

They are so many jobs that there really aren’t enough to go around.

Fact and fancy confabulated in the head of a liberal.

No wonder they are so afraid of Cruz.