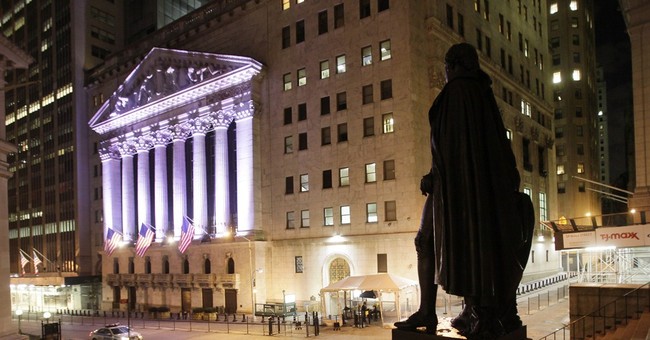 On the heels to two so-so jobs reports—one from the government, one from ADP-- the spotlight remains firmly on the non-jobs recovery that Obama and the Democrats were successfully able to cover up for six years. The government reported jobs growth of 214,000 jobs for the month of October this week. While the number is okay, it is nowhere near what is needed to heal the wounds to the labor market.

As our own Peter Morici observed:

The official jobless rate is 5.8 percent, down from its recession peak of 10 percent, but that has been mostly accomplished by encouraging prime working-aged adults to sit out the labor market—neither work nor look for work.If the same percentage of adults were in the labor force today as when Presidents Obama or George W. Bush took office, the jobless rate would be about 9.8 and 11.9 percent, respectively.

Progress in the jobs market has been slower than it has been steady, in other words. We have only posted jobs gains of more than 300,000 four times in six years under Obama. In the 13 months from March of 2004 to April of 2005 we posted gains of 300,000 jobs four times.

After spotting Obama two more years in 2012, when he should have gotten the boot, voters, citizens and non-zombies know that its J-O-B-S that count today.

And in this they are right.

Jobs have been a four-letter word to everyone in the White House except Vice President Joe Biden-- who honest-to-goodness thinks there are three letters in the word JOBS.

And it is incumbent upon the Republicans in Congress to keep jobs in mind between now and 2016 if they want to recapture the White House.

Forget about whether more jobs would craft a legacy for Obama. Pass every bill that creates jobs, from Keystone XL to repealing provisions of Obamacare that have screwed up the labor market badly, including repeal of the individual mandate and company mandate.

These and other misbegotten initiatives by Obama have created a labor market of a record number of discouraged workers and the same time that there is a record amount of money in circulation.

Republicans in Congress need to know that the resources to put the country back to work exist in the private sector. Furthermore they need to stress as they craft their own legislative agenda that whatever dysfunction exists in Washington, does not apply to the GOP.

To show progress, the GOP needs to be about JOBs. Period.

The Democrats would disagree. And it’s upon that hill that they died.

They took the position that only the federal government could create jobs and six years later whatever jobs the government meant to create are either lost in regulatory red tape or have gone to Obama cronies.

And importantly Wall Street is giving out the same message that voters have taken to.

In a sign of relative health Wall Street is reacting well to positive, organic growth in the economy and reacting poorly to bad news, which is very different from most of Obama’s tenure.

And if the GOP can get Wall Street aligned with Main Street, the White House awaits.