The Petro-States in Shambles Despite Obama 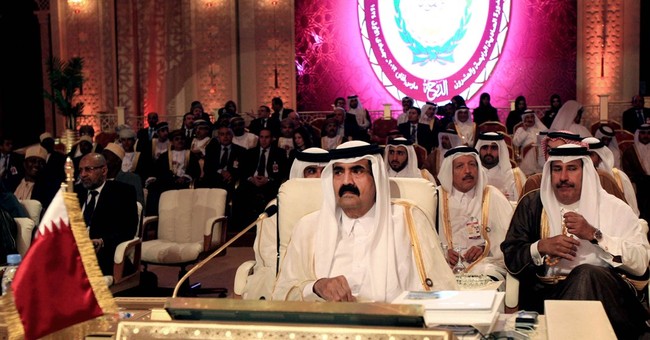 Despite an administration that has no energy policy, free market forces in the United States are finding a way to provide relief from high prices for an economy that greatly needs the respite. Oil prices are heading the right way for consumers even if the wrong way for the wildcatters, explorers and developers of domestic energy.

It’s been planned that way.

Now that the worldwide economy is slowing, Saudi Arabia is intent on testing American resolve to become energy independent. The oil-rich kingdom has decided on a price war—a method that would be illegal in the United States—to see if American energy companies will shutter operations until prices come back.

“By refusing to lower production significantly and by cutting export prices, “ explains FT.com, “Saudi Arabia has started a price war that it expects to win because of its cheaper cost of production and huge foreign exchange reserves.”

But as the CEO of Breitling Energy, Chris Faulkner, explained to me, it’s a game that the Saudis can’t win.

“We are already see some dissidents in the ranks in Saudi,” said Faulkner, “and the OPEC meeting is now six weeks away.”

Faulkner says that the Saudis and other OPEC nations need $100 plus oil because their state budgets are almost entirely dependent on oil revenues. The move down means that the petro-states are running deficits.

“There are more or less 20 nations that need oil at least for 50 percent of their budget,” says Pepe Escobar an analyst for RT.com. “Among these nations we’ll find especially a mix of African countries and Persian Gulf countries, that includes Saudi Arabia and Iraq as well, Venezuela and Ecuador.”

Many of these states don’t care about market prices, but care greatly where prices are at maximum production for state budgets.

“Venezuela and Ecuador need oil at $120 a barrel,” says Escobar, “they are going to be in a deep trouble. Iraq, for instance, needs around $106-116 – they are in trouble. The problem with Iran is that we don’t have very exact figures. According to these indicators, Iran will need a barrel of oil between $130 and $140…. In terms of Russia, we know how Russia may [be] hurt because for the State Budget of Russia for 2015 it’s around $100 a barrel.”

OPEC countries will meet on November 27th to discuss production and Faulkner thinks that the message from Saudi Arabia will be clear: If the Saudis cut production then everyone else will have to cut as well.The Kingdom is not willing to shoulder the burden of keeping oil prices high for the rest of the oil producers—either in the United States or the rest the world.

So the conundrum that the Saudis face is that if they cut production in the face of weak demand to keep prices high, they are helping to subsidize America weaning itself off of Saudi oil at time that worldwide demand for oil is slackening. If they keep prices low, they run deficits that could be hard to finance in an increasingly chaotic Arab world. Plus they also risk alienating other OPEC members less able to run deficits. A cartel like OPEC is only able to work to the extent that members are willing to go along with it.

Some traders however have speculated that Saudi Arabia may be willing to see prices slide all the way to $70 per barrel.

At that price, says Faulkner, about 50 percent of the wells in the United States will be shuttered.

It makes no difference however. Because the oil won’t spoil sitting in the ground. And it can either stay in the ground or it can be drilled now and stored for later use. While development in the United States—drilling new wells-- may grind to a halt, the mere fact that America has huge proven reserves of oil is already having revolutionary effects on the worldwide geopolitical equation.

Confusion amongst the oil states is just one of the first fruits of free markets here in America doing better what the administration can’t: Provide a real energy strategy.

It won’t be the last fruits.

Enjoy the oil while it’s cheap.