The Lawyer on Trial for Christ 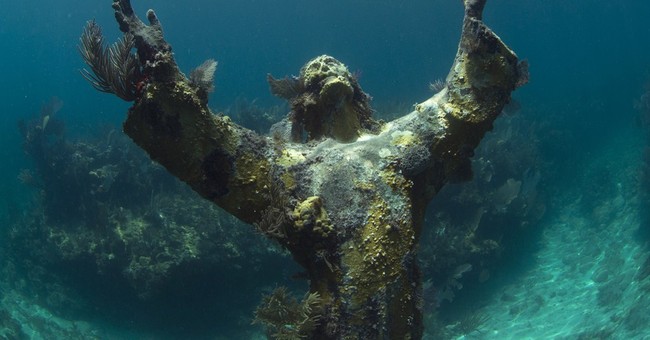 When a witness for the prosecution provides the testimony that affirms the innocence of the defendant—when a witness is turned—there can be no more dramatic and powerful exoneration for the accused. And amongst the many gifts that David Limbaugh brings to bring to his latest best-selling book, Jesus on Trial: A Lawyer Affirms the Truth of the Gospel, it is Limbaugh’s gift of disbelief, his prior agnosticism toward “the God of the Bible,” that provides the gripping testimony necessary to turn an ordinary apologetics book into an extraordinary defense of, not just the Bible, but of belief in general.

What makes Limbaugh’s book so compelling, in brief, are the use of third party, scientific and scholarly testimony—supposedly the domain of doubters only-- to refute the arguments of a group that often hates the very thing they confess does not exist: God.

Listen to David Limbaugh explain his case for Christ on Ransom Notes Radio, with John Ransom, by clicking here

Sometimes using only logic but often using both scholarship and logic, Limbaugh, in Jesus on Trial, brushes away argument that skeptics, agnostics and atheists have employed for centuries to deny not just the truth of God, but the truth of the Gospels as well.

And while no book will ever prove the existence of God, or Jesus as God, Limbaugh is not shy about stacking up enough circumstantial evidence in his book to fully indict the anti-God crowd with, at the very least, a hate crime upon the Gospels.

But it is the logical Limbaugh who is the most effective prosecutor of disbelief.

In his chapterette speaking of the resurrection evidence, Limbaugh lays out nine facts on the resurrection story. Scholars, writes Limbaugh, “agree with these nine key facts concerning the resurrection of Jesus.” The most powerful of these facts deals with the certainty that it was the Apostles’ interaction with the resurrected Christ that changed Jesus from a messianic rabbi to the Messiah, the God of Redemption. Reports from contemporaneous sources tend to verify that at the very least, Limbaugh contends, the Apostles believed that Jesus was raised from the dead because they saw him.

“Jesus,” Limbaugh points out, “was the only founder of a major world religion who had miracles reported of Him in reliable sources…within a few decades, and during the lifetime of many of the eyewitnesses.”

Is that proof that the resurrection happened? Certainly not, but it is enough evidence to provide believers with a bulwark in their faith. And certainly it is enough to give skeptics pause for second thoughts.

And it is to those second thoughts, to those “better angels” of our nature that this book should appeal.

Limbaugh’s book is a challenge to the skeptics to stop fighting with God; to stop trying to prove what, by their very denial of His existence, even atheists would agree that they can never prove: God's nonexistence.

Instead, he asks non-believers to put away their prejudices and “give Him a Chance.”

He correctly identifies the paramount problem with people who lack faith: For a God that doesn’t exist, skeptics sure spend a lot of time fighting about God.

Instead, Limbaugh suggests, they should just try to coexist with Him.