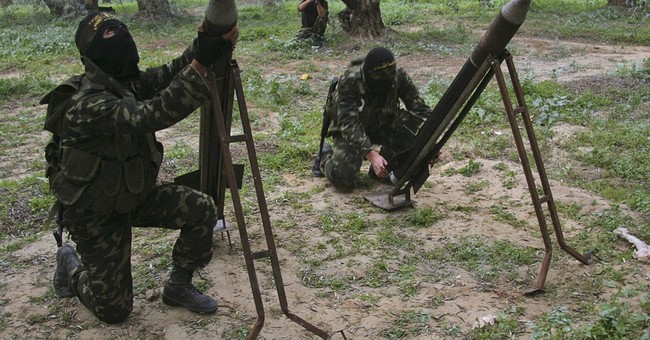 Jimmy Carter made me do it.

I couldn’t help myself, and neither could you.

The peacenik Democrat, (1st) Nobel Prize winner, Nuclear Know-Nothing and general Know-it-All reminded me today why I became a conservative in the first place.

“Former president Jimmy Carter called on the West to recognize the U.S.-designated terrorist group Hamas as a legitimate ‘political actor’, that represents the bulk of the Palestinian population,” said the old idiot according to USAToday.

Carter, after becoming the worst president—until then-- in our country’s history has spent his retirement lecturing his successors—and the rest of us-- about what they—and we-- are doing wrong.

Writing in Foreign Policy, Carter and Mary Robinson, the former prime minister of Ireland, said "There is no humane or legal justification for the way the Israeli Defense Forces are conducting this war [against Hamas]."

Israel, I’ll remind you, is an ally of the United States of America.

Hamas, I’ll remind you, is an ally of Iran.

Ok, ally isn’t quite the right designation. So let’s use the proper one: Hamas is a front group for Iran, a country that wishes both Israel and the United States didn’t exist. The not-so-secret dream of all Iranian governments is the violent demise of the Jewish state, Israel, along with the painful death the Judeo-Christian state, the USA. That’s because Israel and the United States are the ultimate expressions of the superiority of culture, thought and governance when compared to the horrid barbarities that exist in places like the Hamas-controlled parts of the so-called Palestinian state.

And getting past the fact that there is no humane or legal justification for how Carter defends a known terror organization, we come up against this unshakable reality: Carter is wrong. And yeah, he’s been wrong about lots of things.

It’s a pattern with him.

"Only by recognizing its legitimacy as a political actor — one that represents a substantial portion of the Palestinian people,” say Carter and Robinson, “can the West begin to provide the right incentives for Hamas to lay down its weapons."

It’s exactly the same rationale that led the appeasers to treat with Hitler, not the last, but certainly not the least, to have declared war on the elemental right of Jews to exist. Hitler too, represented a substantial portion of the German people --even the majority.

But mathematics isn’t a substitute for morality.

The founding impulse of the state of Israel is the right of Jews just to exist. It is borne out of centuries of denial of that right, by groups that use the same language and tactics employed by Hitler, and now favored by Hamas, Iran, and similarly-minded Islamists.

There ought to be a rule that once a group avows “Death to Israel” or “Death to the United States” that we treat the threat at least as serious as we would a pair of tweezers found in an old lady’s carry-on bag.

“Death to [insert enemy here],” warrants a death sentence in the animal kingdom. By all evolutionary logic, all organisms have the right to self-defense.

Carter’s problem is that he treats the terrorists as legitimate political actors, when in fact, they need to be treated like targets during a power demonstration.

It’s no wonder that Carter failed to do in 444 days what it took a 20 minute inaugural address by Ronald Reagan to accomplish: the release of American hostages in 1981 by the Iranian Islamists who were shouting “Death to America.”

And it’s no wonder that I became, and remain, a conservative.

Carter made me do it.

And Obama (Clintons, Gore, Pelosi, et al) keep me there.