Rand Paul and the Gutless Generation 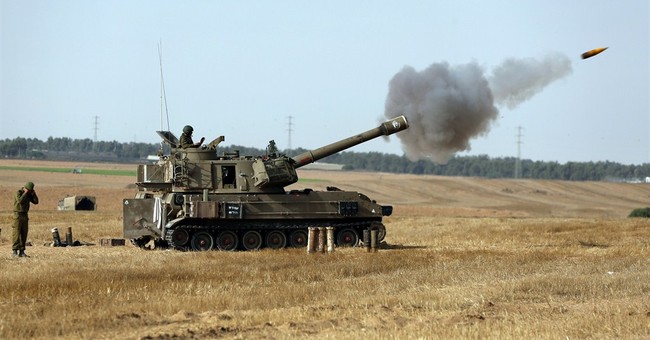 We need a leader to speak out and make clear our intentions.

With Israel again under attack, the situation in North Africa, the Middle East and Eastern Europe unsettled and bloody, it’s time for the grown ups to keep our rendezvous with destiny-- which has always been necessitated by the very best of reasons: America’s best interest.

For the last 80 years America has managed to keep the peace world wide—mostly-- and at a historically small cost. But there are some on both the right and the left today who are tired of this American greatness, tired of protecting freedom-loving countries like Israel, Ukraine and yes, even Iraq-- even when it’s in America’s best interest to do so.

So we need to hear from a “leader” on this.

And no, I’m not talking about Barack Obama. Or Hillary Clinton. Or John McCain.

I’d rather hear from Senator Rand Paul, the only politician inside the Republican Party who seems to have guts these days.

Because after spending a week at FreedomFest in Las Vegas I’m convinced of three things: 1) Rand Paul is the clear front runner for the GOP nomination; 2) a person needs more than 2 hours of sleep a night even in Las Vegas, even with a ton of coffee; and 3) without a muscular foreign and defense policy, Rand Paul can’t win the GOP nomination for president.

Even libertarians will admit this.

Which means we could all be doomed to another big government, big defense Republican who will trade GOP guns for liberal butter.

And not in an “either or" equation, where we trade one for the other, but in a “yes, and please” equation where we get guns and butter both.

The 2016 presidential election is going to be about a lot of things. One of the most important of things we can do is revisit—as we do from time to time-- America’s historical role in the world as a guarantor of peace and confirm it. Rand Paul’s lead in the Republican presidential horse race combined with his credentials with what can generously be called the isolationist crowd can help set the proper tone going forward.

Defaulting to foreign policy that cowers on this side of the ocean-- any ocean—because “we can’t afford” to fight for anything or because “countries get mad at us” for fighting for something or because “America can’t be the policeman of the world” is not admitting of the plain facts.

If there is such a position as policeman of the world, America’s filled that position quite nicely since the end of World War II. This is when a generation of Americans hardened by war-- a better generation than the ones in charge now-- decided small wars were better than big ones.

Today, a gutless generation gets the small wars now with the large wars thrown in later for good measure.

Even skeptics like historian Max Hasting agrees with the rightness of our commitment to Korea during that war. By any measure-- except land conquered-- we won that war. And say what you will about Vietnam, but that war was more a case of the country letting the soldiers down rather than the other way around.

The non-scientific consensus amongst the most hardened or even most gullible libertarians at FreedomFest last week was that what’s in the best interest of the country is the best-- and cheapest-- foreign and defense policy.

It was in the best interest of the country to fight both Korea and Vietnam, just as it was in our best interest to end those wars.

“True patriotism sometimes requires of men to act exactly contrary,” said Robert E Lee, “at one period, to that which it does at another, and the motive which impels them — the desire to do right — is precisely the same.”

It would be easy for Senator Rand Paul to enunciate a foreign and defense policy that firmly keeps America’s best interest in sight, a muscular foreign policy in the libertarian mold of Goldwater or Reagan, as Heritage historian Lee Edwards made the comparison to me on Ransom Notes Radio.

It would also be right for him to do so.

All Paul needs to communicate it: Guts.