A lot of people are wondering when the stock market will get back to fundamentals now that Janet Yellen has been named to replace Ben Bernanke.

I won't really, or at least not in the way traditionalists look at such things.

"I wish we could get back to fundamentals," lamented Brian Battle, director at Performance Trust Capital Partners on Bloomberg TV. "Right now it is short-term and all trading and bad news in the financial sector."

Fundamentals are there, it's just that the Federal Reserve money supply, that will keep going under Yellen, is increasing price-earnings ratios in the stock market. Earning aren't growing, just the premiums investors are willing to pay for stocks.

"The real banking business like lending and interest-rate margins and net interest margins takes takes a long time to recover," said Battle. "The capital markets business for the big banks stinks because of mortgage revenue. The lending business is not picked up yet. The financial sector looks very vulnerable because of low rates on low demand whitchurch traditional banking."

Below we've outlined three companies in our Stocks in the News format that demonstrate how fundamentals work in today's market.

The first company, Teradata, disappointed investors and consequently got punished. In fact, it's been punished all year because it's failed to perform. The second company, Coca-Cola, performed exactly as expected and therefore is being rewarded, a bit. The third company, Wynn Resorts, seems to be performing in a way that exceeds investors expectations and therefore it will receive an outsize reward.

That outsized reward is made possible by the friendly folks of the Federal Reserve Bank. More money supply means higher price earnings ratios for stocks.

Welcome to Ransom's Stocks in the News where the headline meets the trendline.

Stocks in the News is produced by John Ransom in conjunction with Ransom Notes Radio.

And the headline says: Teredata plunges on weak results - OptionMonster

“Teredata pre-announced third-quarter results,” wrote OptionMonster before the bell, “and investors aren't happy! Earnings are expected to be no more than $0.70, well below the $0.81 forecast by analysts. Revenue of $665 million also lags the $699 million consensus number. Management cited weak demand in most international markets. TDC falls 16 percent before the opening bell on my tradeMONSTER platform,” says optionsMonster’s Jon Najarian.

The company’s trading about 19 times its earnings currently. While other companies have enjoyed a rally this year Teredata has gotten the snot kicked out of it. It’s trading near the lower end of its 52-week trading range with a high of $75.86 and a low of $43.50.

The company disappointed investors in March by missing earnings, and JUST pre-announced losses for the previous quarter. 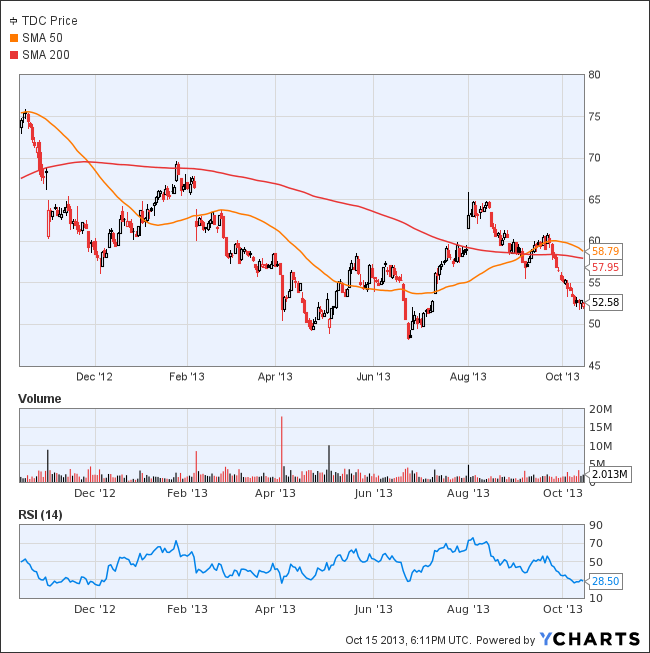 And the headline says: Coca-Cola profit rises despite costs and a slow economy

“Coca-Cola Co on Tuesday reported quarterly earnings that met Wall Street's expectations as it sold more of its namesake soft drinks,” reports Reuters, “as well as teas and waters, despite a challenging economy. Morningstar analyst Tom Mullarkey said he was encouraged by Coke's global volume growth, which reached 2 percent overall, as well as the popularity of the Coca-Cola brand in North America.”

Volume growth is coming in from Asia, especially China, where growth logged a 9% increase. The company is currently trading about 20 times earnings, with the earnings growth going forward of over 7% in the next five years annually.

That’s a high PE even for the reliable Coca-Cola franchise.

Despite the sugar- or corn syrup- this ain’t sweet. 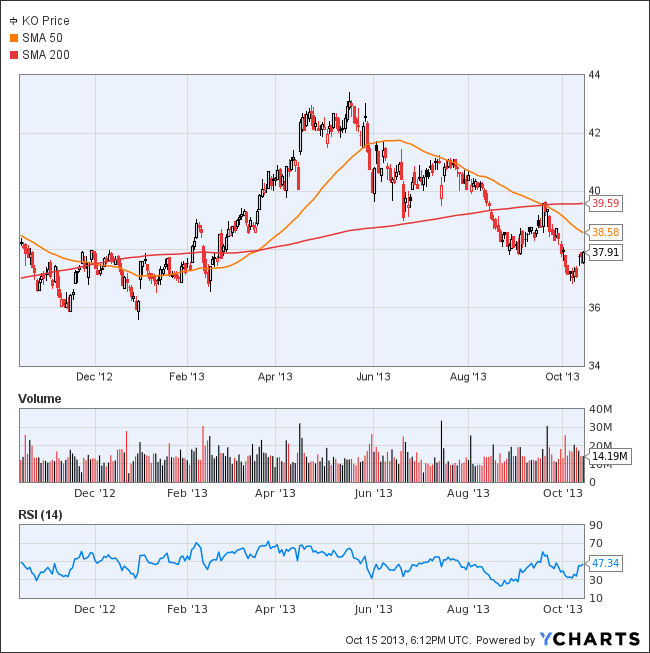 “Just as analysts race to raise their third-quarter estimates on Macau names, readings that came out of the first half of October re-enforce the idea that Chinese love for Macau is unabated,” writes Emerging Market Daily.

“The analysts [from Nomura Secutrities] re-iterate their Buy ratings on Las Vegas Sands (LVS), WYNN (WYNN) and MGM (MGM). Las Vegas Sands, in particular, has the most underutilized mass capacity and can benefit from surging demand.”

Like a lot of companies in this market Wynn Resorts is fixing to bust a move. It’s trading near it 52-week high, pays a 2.4 percent dividend. It has a rich multiple at 30 times earnings, but the company has grown earnings 60 percent the last five years.

Cash flow is king when it comes to gaming, which is just a sophisticated real estate play. 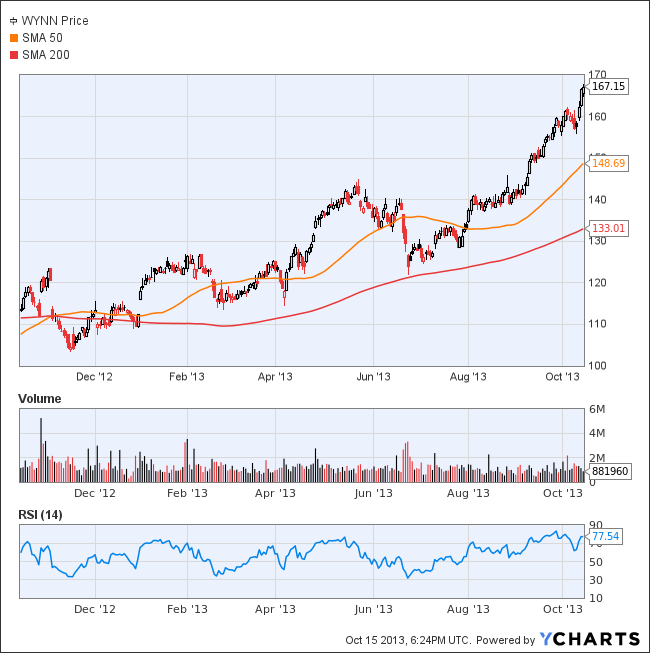