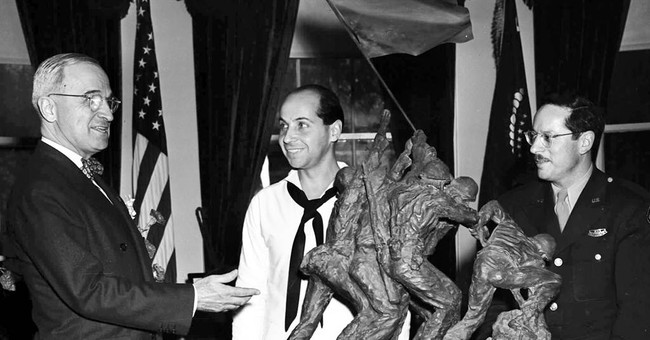 For staggering sum of $47 trillion dollars, one would think that perhaps this administration could afford a soundtrack under their reckless spending, like the 1970’s Bionic Man had when his binary powers took over.

An original-score sound bed would add drama and color to the spending. The theatrical effect would be that it would make us feel like the spending was doing something.

Instead, all Obama got us was the royalty-free laugh track.

Through 2023 the Office of Management and Budget reports that the accumulated spending by the federal government since the One took over will be $46.5 trillion under Obama’s budget plan.

Because that number is why unemployment- real unemployment, not the headline number- remains higher than at anytime since the Great Depression, five years after the stock market melted down.

Official employment underutilization hovers around 14 percent, but according to ShadowStats, underemployment, as it was calculated prior to 1994, hovers just under 25 percent.

The gap between the red, gray and blue lines can only be explained by the large numbers of people who have dropped out of the workforce since 2008.

$6.1 trillion has been added to the national debt since Obama took over and it has bought no jobs, no recovery for Main Street.

This year total government spending will be about $6.4 trillion.

Whatever it was that cured unemployment in the wake of the Great Depression, it wasn’t government spending per se.

And that’s true today as we try to spend our way to prosperity.

Look, in World War II twenty million men were largely drafted into uniform who otherwise would have been in the job market. And those men in uniform provided real economic value.

What was the value to the United States economy of a free Europe and Asia?

It apparently had a lot value, because the US economy was able to absorb those twenty million men after the war. At the same time, Harry Truman was able to cut federal government spending from 1945 by almost 70 percent by 1948 with an unemployment rate that was under 4 percent.

Today we are crying about a 2 percent cut in government spending.

In part that’s because the only return that we have gotten on our $6.1 trillion investment in government is bigger government.

The markets, the banks, financial services and capital-intensive industries like autos and housing are making profits, sure, but the regular guy on the street has not benefited.

That’s because the money that the government spent this time around didn’t go to value-creating activities like freeing occupied Europe.

It’s more like it ensured the enslavement of Americans.

The auto industry, to the extent is has been saved, has been saved by people buying cars, not because car companies were given a bailout.

If GM went under, the remaining car companies would have picked up the sales slack and perhaps have gotten healthy earlier. That isn’t to say that the autos are all that healthy. They would be much healthier today if GM had gone through traditional bankruptcy. In essence GM went through a bankruptcy proceeding where Barack Obama presided as judge. The malinvestment that continues thereby remains at GM.

And if the economy falters, GM will be the first to go.

As to banking, Obama’s process of closing banks, started under Bush, and then consolidating bad loan portfolios while imposing Dodd-Frank bank “reform” on the remaining banks, did nothing to make the crisis better.

It made it worse.

We now have a more fragile banking system, less robust, with more concentrated assets. It too will face a crisis is this fragile economy falters.

Rather than face the music, both parties have attempted to bribe their way through the last 15 years by complex regulation, tax code evasions, shifts and stratagems.

It doesn’t provide freedom to the oppressed; it oppresses the free.

Julio Rosas
Here's What the American People Really Think of the 'For The People Act'
Spencer Brown
Teachers Union 'Study:' The Most Stressed Out People During the Pandemic Were...Teachers, Of Course
Guy Benson