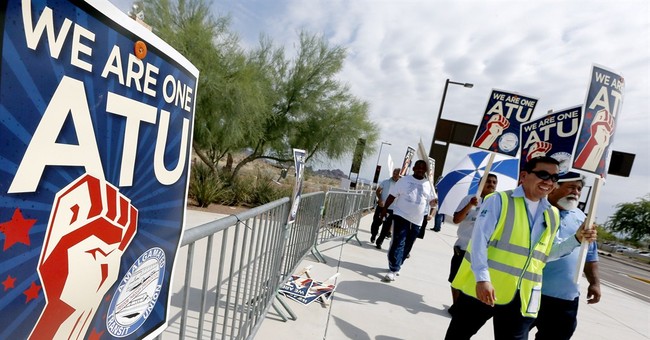 Trending
The Federal Reserve Bank, with a capitalization of $62 billion, has recently lost $192 billion, as interest rates have risen, according to ETF Guide and Scott Minerd, the Global Chief Investment Officer at Guggenheim Partners. This, despite attempts by the central bank of the United States to keep interest rates much, much lower

"Our estimate shows that the spike in bond yields since the first quarter of this year,” writes Minerd, “has caused a mark-to-market loss of $192 billion on the Fed’s holding assets, equivalent to approximately all of the unrealized gains that the Fed had accumulated since it began to implement quantitative easing in late 2008.”

As bonds interest rates rise, the value of all of the bonds that the Federal Reserve has been purchasing and holding as a result of their quantitative easing program, has gone down, just like every other bond value.

Added to this is the bond crisis going on amongst state and municipal governments, the most obvious of which is the Detroit bankruptcy, and the fiscal outlook for government is not good.

So, I’m not saying that the next crash will happen in October.

Fiscally and monetarily, the United States is in a much weaker position today that it has been at any time since World War II, as a result of fiscal profligacy and monetary easing. Thus, even a smaller liquidity crisis than the one we faced in 2008 could precipitate a deflationary spiral in assets that, once started, would be difficult to stop.

Several developments over the last several years, which have accelerated recently, have severely weakened our position financially.

Interest rates have continued to rise, despite the Feds easy money policies and zero-interest-rate policy. While the Fed ideally would like to keep interest rates from rising, the rate on the ten-year Treasury bond has risen from a low of 1.51% to a 52-week high of 2.74% printed recently.

Generally when interest rates go up, it’s the markets way of trying to tell us something, like, perhaps, risk has increased. While many observers say that interest rates have a way to go before becoming a drag on the economy, I look it more like a fever that is at 101 degrees Fahrenheit. It may not get worse, but something is definitely wrong here.

In part, this is because the weakened capital of the central bank makes it less likely that the Federal Reserve System would be able to react to a liquidity crisis.

“If interest rates continue to head higher,” writes Ron DeLegge, editor of ETFGuide.com, “the value of the Fed’s liquid assets that it could sell would decline and further undermine its capital cushion. And if the velocity of [interest] rate increases intensifies, the Fed, with only $62 billion in capital, could see its entire capital base completely wiped out.”

That means that the U.S. would have to rely on a fiscal solution to the country’s economic plight. That means Congress and the White House would have to get together and pass a law, or perhaps a 101 of them.

And in a crisis the only alternative then would be for the Treasury to literally start printing greenbacks. This would cause the value of the dollar to plunge, which would cause interest rates to rise, which would lead to lower asset values in stock, bonds and commodity markets.

It would also widen the deficit significantly.

And there is on the horizon, right now, just a speck of a storm that could intensify by October.

By October the United States will once again bump up against its statutory debt ceiling, precipitating another and perhaps final, debt ceiling negotiation of Obama’s term.

“I hope Republicans realize that debt ceilings are like nuclear weapons -- you don’t want to have to use them,” Steve Forbes told Yahoo Finance recently.

That may be true, but Obama’s no Khrushchev, willing to compromise at the last minute. Obama thinks-- perhaps correctly-- that he can do just about anything and not be held responsible for the consequences. His recklessness seems to be growing, not mellowing as his presidency ages.

Even more, ask yourself: Who would benefit most from a crisis that required massive federal intervention?

I’m not saying that the crisis will happen.

But, with rising interest rates and a weakened Fed, events are stacking up to make it more and more likely that a market crash could redound to the benefit of someone.

And people generally do what they think will benefit them.