Punk'd by Obama and that Old Hobbit John McCain 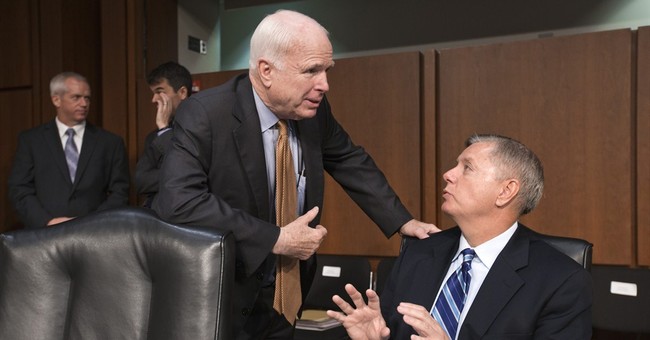 Punk'd: To be fooled publicly by the use of a videotaped or filmed practical joke.

On a March snow-day in Georgetown, Washington, DC, as America was still getting over the oratory of Barack Obama, the 44th president of the United States delivered a landmark speech on the future of energy policy in America.

The US had suffered the severe blow of the financial crises of 2008. Energy prices once again were going up as a result of loose money policies, the war in Libya and the Fukishima nuclear failures. And along with subprime mortgages and derivatives gone astray and securitization gone bad, citizens understood that energy prices that skyrocketed out of control in the summer of '08 played an important part in giving the tottering markets a final push- a push that may have triggered the fall in fact.

“We dodged a recession (at least through most of 2007) despite a dramatic housing downturn,” wrote economist James Hamilton in June of 2008. “The modern American economy could perhaps also continue to grow through the kind of effects we saw from the oil price spike of 1990. But what if we have to deal with both sets of problems at the same time? I'm afraid we're about to find out.”

Yes, find out we did. The combination of the housing crash and an oil spike was really what killed us.

So in March of 2011, the country, especially Obama allies, were hungry to hear the rookie tell us all how the largest, most competitive and ingenious economy in the history of the world was going to secure its energy future and it's economy from future shocks.

For a week, the White House played up the speech, promoting it as a big thing, breathless and broad. And the rest of us waited for the man himself to deliver some audacity- or at least some energy.

So finally at 11:36 AM Eastern Time, the lanky president stepped out before the assembled elite at Georgetown University, cleared his throat, and began to speak.

"I want to start with a difficult subject,” said the president, “The Hoyas had a tough loss, Coach. Coach is here, too, and I love Coach Thompson.  I love his dad and the great tradition that they’ve had. And it turned out VCU was pretty good. I had Georgetown winning that game in my bracket, so we’re all hurting here. But that's what next year is for. "

Thus concluded the most meaningful part of Obama's remarks.

The rest of what he said on that occasion does not matter.

Obama says lots of things. There is never more meat than flax when he talks.

Fortunately, however, the New York Times neatly summed up Obama's speech for the rest of us, so we needn't repeat it here. Like Catholic school beef stew, it was bad enough going down, without having to regurgitate it.

Near the end of the review of the speech, in an editor's correction, the Grey Lady made sure we knew at least this much; in truth, it was about all we really needed to know, regarding the drift of Obama's "new" energy policies:

This article has been revised to reflect the following correction:

A previous version of this article misstated how many of the president's proposals to reduce the country's reliance on imported oil were new in his speech on Wednesday. None of them were, not one of them.

The remarkable thing about the Times' sideswipe at Obama's energy speech wasn't that it went beyond a media ally shaming The One in public. No, the remarkable thing was that these allies expected new ideas from Barack Hussein Obama.

As I mentioned before, Obama says a lot of things. But rarely does he say or promote anything new.

In fact, most of Obama's philosophy is cribbed from a time when steam power was the motive power behind the developing economies of the Western world. That is, most of his ideas are 100 years old or older. The ideas were made for a time before universal education, public works, and public health. The ideas that animate Obama were made for workers who worked in lamplight, could be thrown into debtors prison, lived scarcely past the age of 50 and owned few, if any books.

And what Mr. Obama and his progressive allies are trying to accomplish by Hope and “Change,” is to graft those steam powered ideas to the technology of today and create a steampunk society, as I call it; a society that's not modern, not open and will fail to take advantage of the revolution going on that today is providing people around the world one of the most dynamic periods of prosperity the world has known.

Because, despite the malaise in the world economy in the last few years, the trend is very positive, very encouraging.There is more access to information worldwide, more opportunity, more potential for liberty than any time, ever.

The fight for liberty, indeed, has gone global.

And this is what threatens elites like Obama, and the UN, and the World Bank and that Old Hobbit, John McCain- who, not incidentally, is also empty of any new ideas.

So they seek to create a world that for all intents and purposes comes out of a Jules Vern novel, or the Wild, Wild West movie of Will Smith and Kevin Kline, with impossibly powered contraptions, wasteful, inefficient and grandiose like the Nautilus in 20,000 Leagues Under the Sea.

They use obsolete ideas painted with a patina of technology and stylized effects.

And because steampunk has a certain style, many are gulled into thinking that these stylized ideas are new.

But not only are they not new, they are so old and ratty that our grandparents rejected them long ago. Indeed, much of the history of the last 100 years was of civilization being saved by the wholesale rejection of this old-fashioned philosophy that was born, literally, when kings ruled the world.

So I guess in regards to royalty, things haven’t changed that much.

But in what Obama offers, knowingly or not, he's steampunk'd not just the United States, but also the world.