This Will Leave a Mark: More Bi-Partisan "Reform" 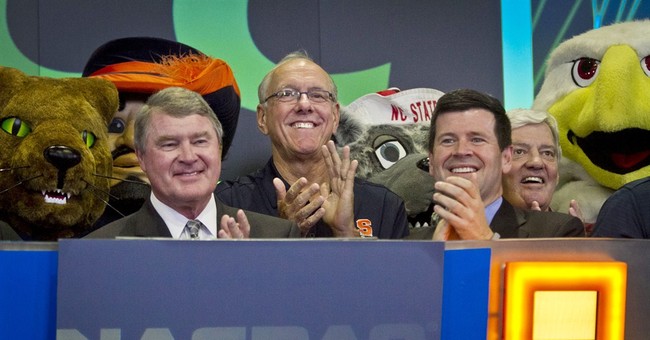 The economy today, in this Fourth of July week for 2013, waits in breathless anticipation of our newest declaration of dependence.

Sometime this week, jobs data, housing data and some other data export manufactured by the federal government will result in someone, somewhere- perhaps even in the stock market- doing something.

And when that happens regulators, media mavens, talking heads, politicians, special interests, and Mayor Bloomberg, will all say with the pride of a collective: “See? We did that,” as if “nothing” would happen without the beneficent government first allowing it.

So it goes today in the United States Senate, where the burning issue for money and markets is to replace one bad, failed, impossible utopia, with another slightly less-worse utopia that will fail as well.

Because today in the corridors of misshapen power, the Ds and the Rs are talking about the American Dream, the dream of homeownership, and how they might turn that into votes.

The Senate is working on a plan to “reform” housing in the country so that…nothing… really… changes.

They are going to give this so-called “reform” a patina of change by folding up the really bad ideas called Fannie Mae and Freddie Mac and turning into a new scheme called the Federal Mortgage Insurance Corporation.

Now the Senate is proposing to eliminate the government ambivalence and state plainly: “We are the insurer of FIRST resort.”

And in the name of everything that blasphemes the Holy, they will call the plan “bi-partisan.”

Because you see the biggest problem that most people have with the economy is that it crashed in 2008. Bad economy, bad, bad economy, they think to themselves, like an economy is a poorly trained dog that just needs the right commands.

Who says what goes up must come down?

Hey, maybe we can get Congress to make banks pay us to borrow money and we can finance it through taxes on people who worked hard, create jobs, run companies and get paid very handsomely because the free market demands it?

In essence, what the Senate is proposing is that the investment risk inside the housing market be shared by: 1) private investors and 2) taxpayers.

And since private investors are typically the people who pay the lion-share of taxes in this country…bingo…you get a free house!

No risk for you.

Who wouldn’t vote for that?

Because I remember a time when the government didn’t insure mortgages.

I vaguely recall that there were no houses then. People just huddled around their cars and covered themselves with newspapers to keep off the rain while writing checks to automotive finance companies that somehow found the courage to finance autos without a government guarantee.

So the world waits, on this Independence Week, to celebrate another triumph of central planning, without which the American birthright of lobbying for someone else to pay for your house would die.

Happy Dependence, I say to you Sirs.

What's With All These Democrats Stroking Out All of a Sudden?
Matt Vespa